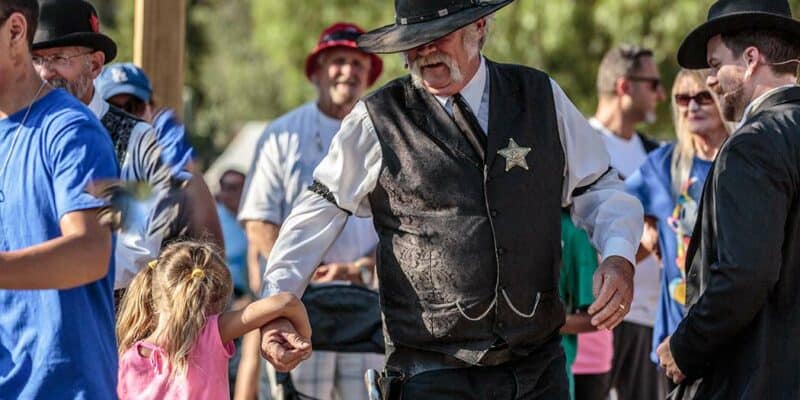 This new policy requires all Guests ages 17 years old or younger to be accompanied by a chaperone who is at least 21 years old to be admitted to the Park.

This measure came into effect on July 22, causing crowd levels to decrease significantly at the Park.

For the last few weeks, many have been wondering if this policy would extend to the Park’s upcoming Halloween festivities, known as Knott’s Scary Farm, a fun and interactive experience for Guests of all ages. Well, when checking the website, we now have an answer.

As part of this commitment, we have added additional security protocols and operational policies. A new Chaperone Policy went into effect on Fridays, Saturdays, and Sundays at both Knott’s Berry Farm and Knott’s Soak City in July. This policy will now be extended to all event nights of Knott’s Scary Farm. In addition, a bag policy will be implemented for Knott’s Scary Farm. Guests will not be permitted to bring bags larger than 6.5” x 4.5” x 2” into the park, including purses, backpacks, or diaper bags during Scary Farm operation. All bags will be searched prior to entry.

Chaperones must accompany their party during entry, remain inside the park during their visit and be available by phone throughout their stay. Guests ages 17 years old or younger who are found inside the park unaccompanied by a chaperone will be subject to ejection.

The park notes that conduct deemed inappropriate for the peace and good order of the park, guests, or associates and which may adversely affect the safety of others is not permitted.  Anyone who violates the Code of Conduct may be subject to ejection without refund.