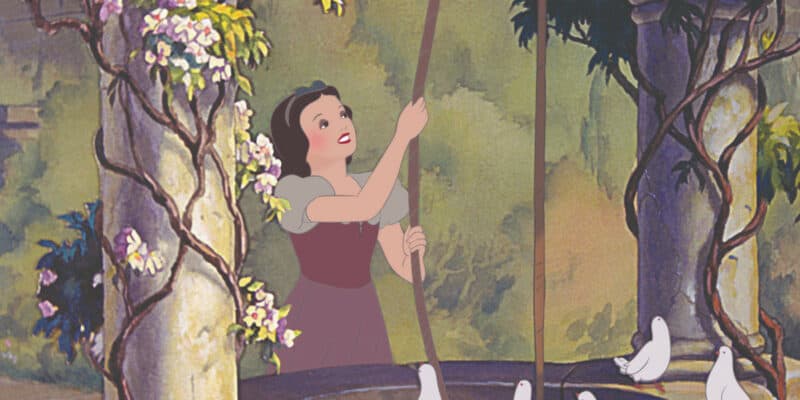 When the Disney brothers came onto the animation scene in the 1920s, the world held an extremely narrow view of the medium. It wasn’t viewed as a standalone form of entertainment, and it certainly wasn’t viewed as an art form, not by the American public in any case. Walt, a visionary from the beginning, saw the potential in animation and set out, as he had done with the sound cartoon, to perfect it.

Walt had been ruminating on the idea of a feature-length cartoon for years and, as early as 1932, was exploring different options. Some ideas would eventually make their way into the Disney catalog, like Alice in Wonderland (1951), but one idea stuck with him. According to Neal Gabler’s “Walt Disney: The Triumph of the American Imagination” (2006), a live theatrical production Walt had viewed back in 1917 that kept coming to mind seemed the perfect candidate for feature-length production: Snow White.

Production began shortly thereafter in 1934, and Walt was nothing if not enthusiastic. He would tell as many people as he could about this project he was so passionate about. Select groups were even treated to a full one-man show, with Walt himself doing all the voices, actions, and gags of each character. It was this performance that secured much of the funding, as well as sparked the fire of creativity in the animators who would work on the film.

The film itself is a masterpiece. Unlike any other film that came after it, Walt was involved in every step of the production, meticulously going over each frame with a fine-toothed comb, ensuring that every second measured up to his standards. The motion was more fluid than any cartoon that had come before, the characters more fleshed out, and the emotion legitimate and genuine. Hollywood elites of the day even left the premiere in tears due to both the conclusion of the film and the sheer beauty of it.

The Walt Disney Family Museum shared a touching tribute to this pioneering film this week with a piece of concept art by artist Sam Armstrong.

On this day in 1937, Snow White stumbled onto a cottage in the middle of the woods and audiences have been whistling while they work ever since.

On this day in 1937, Snow White stumbled onto a cottage in the middle of the woods and audiences have been whistling while they work ever since.

This one piece of concept art goes to show the level of care and detail that went into Snow White and the Seven Dwarfs. The rest, as they say, is history. The movie went on to be awarded an honorary Academy Award, famously featuring a full-sized statuette, with seven miniature replicas side-by-side.

Related: ‘Little Snow White’: The Story You Never Knew About

Snow White has influenced every other animated feature that has come since, and is a hallmark in American cinema. Even 85 years later the attention to detail, and painstaking care that went into it’s production can still be seen today. The full film can be viewed on Disney+, and has rightfully earned its place amongst the classics.

What do you think of this tribute to Snow White? Let us know in the comments below!