Walt Disney Shares His Christmas Memories - Inside the Magic 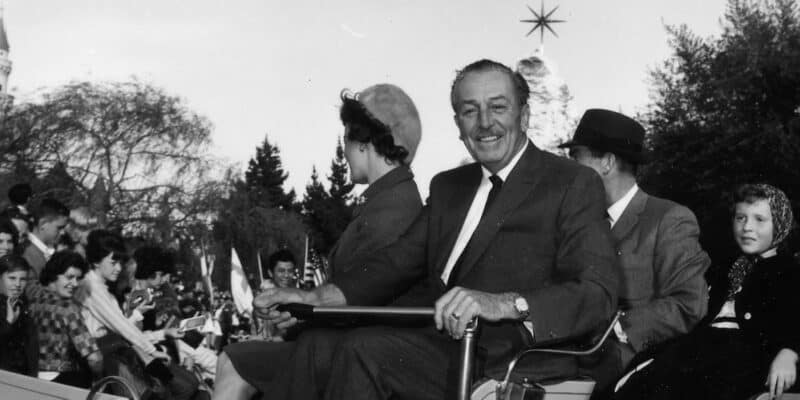 Christmas has always been a magical time at the Disney Parks, and nobody knew that better than the man himself. From the early days of Disneyland to the modern iterations of Mickey’s Very Merry Christmas Party, the Parks have a long history of getting with the spirit of the season. However, Walt’s personal touch carried a lot of weight when they were first getting started, and his memories of the holidays helped shape more than just the attractions.

Like so many of us, Walt Disney was a man who adored Christmas. After all, it was just another reason to let his inner child out to play, but it’s remarkable to know how his own experiences helped shape his movies and theme park attractions whenever the holidays rolled around. Jim Korkis, a contributor to MousePlanet, collaborated with Diane Disney Miller and shared two accounts of Walt Disney’s own Christmas memories (which can be read here) and how they affected his career prior to his success as an artist, animator, and innovator.

Korkis’s first story concerns how an accident involving ice blocks and a new pair of Christmas boots led to Walt being housebound as an injured foot kept him from school. While stuck at home and miserable, he discovered his gift for cartoons as he kept himself amused by drawing on a large note pad. The author writes,

“Unable to go to school and with no radio or other forms of entertainment, all Walt could do was read or sketch cartoons in a big pad given to him by his aunt. At one time, he had seriously considered being a doctor or a lawyer, but finally realized that he wasn’t an exceptional student. With all the work he was doing, he would sometimes try to catch a catnap in class and miss important information.”

“He realized that he loved cartooning. His drawings got chuckles from the people at the local barbershop where the barber would take one in lieu of payment for a haircut and then post it in the window. His fellow students at school loved his cartoons as well.”

Out of an injury and ruined Christmas present, a seed was planted that helped Walt grow into the creative spirit we know him as today. Of course, that’s not the only Christmas memory Walt’s daughter shared.

One of Walt’s most memorable Christmases unintentionally resulted in the origins of one of his most famous film projects. Disney fans familiar with Lady and the Tramp will remember that Lady entered her owner’s lives as a Christmas present. What they might not know is that the sequence was inspired by true events as Walt gave his wife their first dog in the exact same manner.

According to Korkis, Walt Disney later elated the event to his daughter and said,

“So when she started to open it, it moved. And she let out a scream. And when she opened it, this little chow stuck its head out of there and from that time on that was her baby. It had to sleep in our bedroom.”

Walt Disney spent the better part of his life making others happy, and that truly shown at Christmas time. Whether that was bringing his wife a puppy in a hatbox or inviting various choirs, acts, and performers to participate in the very first celebrations at Disneyland, he knew how to keep the light of optimism and creativity shining like a candle in a Yuletide display. What better way to remember him this time of year than by sharing his own Christmas memories.

What’s your Disney Christmas memory? Tell us in the comments below!

Comments Off on Walt Disney Shares His Christmas Memories