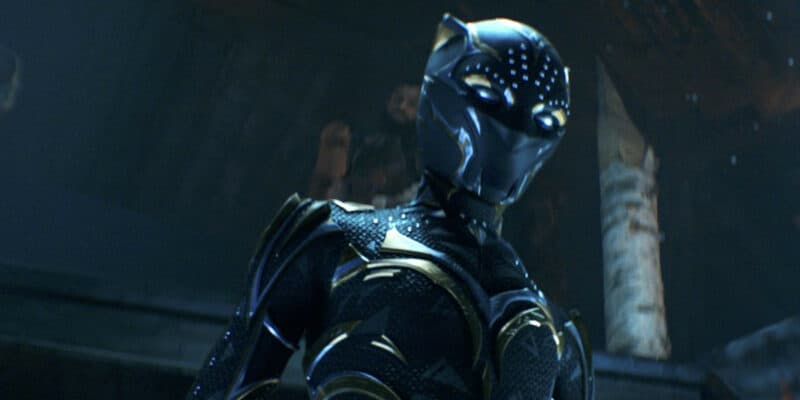 With the tragic passing of Chadwick Boseman, Marvel Studios needed to pivot for the sequel to his highly successful Black Panther (2018). There were many decisions to be made regarding which of the Marvel Comics storylines they would choose and which path the character would take in the future of the Marvel Cinematic Universe.

The decision Marvel Studios ultimately made changed the film and the Marvel Universe forever: Shuri (Letitia Wright) would take up the title and mantle of The Black Panther. Though controversial among fans who wanted to see the character played by Boseman recast, it has made for a compelling new chapter in the fictional country of Wakanda.

The future of her country and traditions in shambles, Shuri (Wright) was obliged to make many difficult decisions that tested her intellect, her willpower, and her morals. Not without casualty and tragedy, the new Black Panther (Wright) eventually triumphs, not in a contest of violence, but through diplomacy with Namor (Tenoch Huerta), and the future of Wakanda, the heir of King T’Challa (Boseman) is revealed, teasing a future hero to take up the title.

Ryan Coogler’s Wakanda Forever changed things, not only in the Marvel Cinematic Universe but in the world of superhero movies across the board. When Patty Jenkins’ Wonder Woman (2017) totaled its box office earnings that year, it became the highest-grossing female-led superhero film, proving that female-led films in the genre could be successful and opening the door for more in the future.

This was proven a second time when Captain Marvel (2019) surged past Wonder Woman’s box office earnings by over $10 million. Now, a new film has taken the crown for the highest-grossing female-led superhero film of all time. According to a report from Box Office Mojo, shared by The Direct, Black Panther: Wakanda Forever has just taken the lead by nearly $4 million in domestic earnings.

That victory means that Marvel Studios now holds the top two positions in this category, not to mention Scarlett Johansson’s Black Widow (2021) taking the fourth position; the Disney-owned studio has a commanding lead at the domestic box office for these films. Admittedly, when comparing earnings from the global box office rankings shift, but Brie Larson’s Captain Marvel still holds the top position, with Wakanda Forever in a close third behind Wonder Woman.

This has significant ramifications for the Marvel Cinematic Universe and superhero movies in the future. More and more studios are finding that female superhero movies can be and are successful. More likely than not, audiences can expect to see a greater volume of them in the years to come. If Marvel Studios and DC Studios pay as much attention and put as much effort into them as they have with titles like Wakanda Forever and Wonder Woman, audiences are in for a treat!

What do you think about more female-led superhero films? Let us know in the comments below!