A Brief History of Splash Mountain's Origins - Inside the Magic 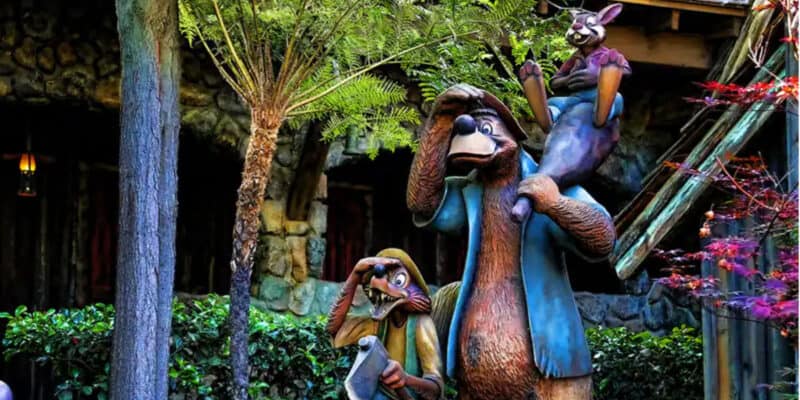 Splash Mountain has been highlighted quite a bit recently with Disney moving forward with the Princess and the Frog retheme of the attraction.

But- where did Splash Mountain originate from?

Well, it happened on one of those zip-a-dee-do-dah days. A day in 1983, actually. While Disneyland was still plenty popular at the time, one particular area of the Park, Bear Country, was not.

The only attraction in the area, The Country Bear Jamboree, was showing its age, and as Bear Country was a dead end at the back of the Park, the real estate given to Bear Country just wasn’t pulling its weight.

Imagineer Tony Baxter set out to entice more Guests to that part of Disneyland.

A log-flume ride was initially suggested but wasn’t meant with much enthusiasm. All theme parks had some sort of log-flume ride, and Disney needed to be set apart.

Baxter and his fellow Imagineers started toying with Zip-a-Dee River Run, which included scenes from Song of the South. Brer Rabbit, Brer Fox and Brer Bear had been walk-around characters at Disneyland for decades, so the story wasn’t entirely out of place.

In 1984, brand new Disney CEO Michael Eisner was pitched on the project. The only thing he didn’t like was the name.

He came up with Splash Mountain, to connect the new attraction with other Disneyland mountains, like Space Mountain and Big Thunder Mountain Railroad.

The ride opened to rave reviews and queue wait times skyrocketed as guests came to experience the park’s fourth mountain prompting the announcement of Splash Mountain being introduced to Walt Disney World’s Magic Kingdom and Tokyo Disneyland in Japan. Both parks opened within a day of each other in October of 1992.

In 2020, it was announced that both Disneyland and Disney World’s Splash Mountain was leaving the Briar Patch and heading to New Orleans.

This announcement was met with a mix or review. So much so, that a petition has been made to keep the attraction as it is.

Related: Disney Delaying Complete Closure of Splash Mountain. But Why?

With the attraction supposedly closing in January, who knows what’s going to happen.

Do you want Splash Mountain to change or stay the same?

Comments Off on A Brief History of Splash Mountain’s Origins