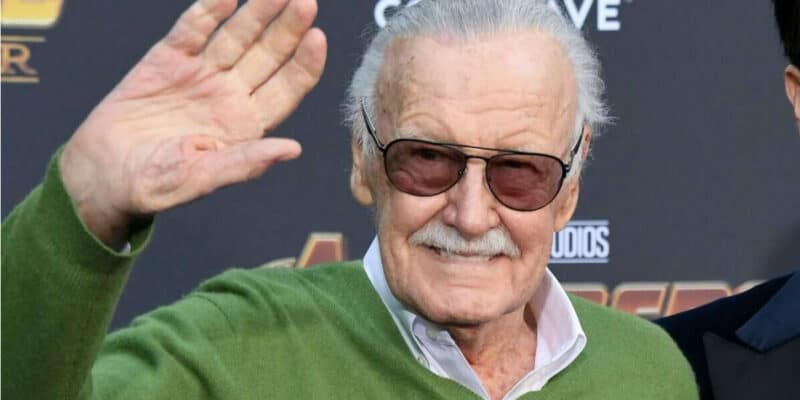 In every film produced by Marvel Studios for the Marvel Cinematic Universe, Stan Lee, the creator of Marvel Comics had at least a small cameo. This tradition was something fans reveled in, and looked forward to spotting in each film, up until Avengers: Endgame (2019). After his passing in 2018, Stan Lee had two last cameos: Endgame, in which he channeled his own look from the 1970s, and, both an in person appearance, as well as a touching tribute during the opening logos in Captain Marvel (2019).

It’s safe to say the world would be a much different place without Stan Lee. A comic book guy from the start, Stan broke into the business early, with the first credit to his name being a text filler on an early issue of Captain America in 1941. During his service in World War II, a young Stan served as part of the Training Film Division, rubbing shoulders with greats like Frank Capra (It’s a Wonderful Life (1946)), Charles Addams of “The Addams Family” fame, and another young writer/illustrator who, unlike Stan, would go on to write children’s books under the pen name, Dr. Seuss.

Working together with Jack Kirby and others at Marvel Comics, Stan Lee helped the fledgling comic company to explode with popularity. By the 1960’s names like Captain America, The Incredible Hulk, The Fantastic Four, Iron Man and others had become household superhero names, right alongside DC Comics’ Batman and Superman. Stan Lee and Jack Kirby together forged a collection of Superheroes that lived in the real world, and had experiences that had relevance to current events. They had struggles beyond the physical, and, as superheroes should, fought for right, no matter the cost.

Related: Acclaimed Creator Doesn’t Want to Be “Sidelined” And End Up Like Stan Lee

It’s only fitting, that in this month, which, on the 28th, would have been Stan’s 100th birthday, Marvel Entertainment has launched a celebration, entitled “100 Years of Stan”. On their webpage, Marvel has promised a “deep dive” into Stan the Man’s history, as well as his contributions to Marvel Comics. Kicking things off this week, the company shared a touching tribute in the form of a brilliant piece of art, depicting Stan surrounded by the characters he helped bring to life:

From Stanley Lieber to True Believer! Join us every week this month as we celebrate 100 years of Stan Lee. Share your favorite memories on social media with #StanLee100: https://bit.ly/3haekYq

From Stanley Lieber to True Believer! Join us every week this month as we celebrate 100 years of Stan Lee. Share your favorite memories on social media with #StanLee100: https://t.co/JkAXyCYWXL pic.twitter.com/xw0ECcA2AB

To say the least, Stan Lee has been missed in the world of entertainment, and this tribute certainly does him justice. Fans the world over can look forward to learning more about this giant of imagination, and his contributions to not only comics, but in the modern era, one of the most successful film franchises the world has ever seen: The Marvel Cinematic Universe. Fans are also encouraged to share their favorites memories and creations, using the hashtag provided above!

What are some of your favorite Stan Lee characters? Let us know in the comments below!