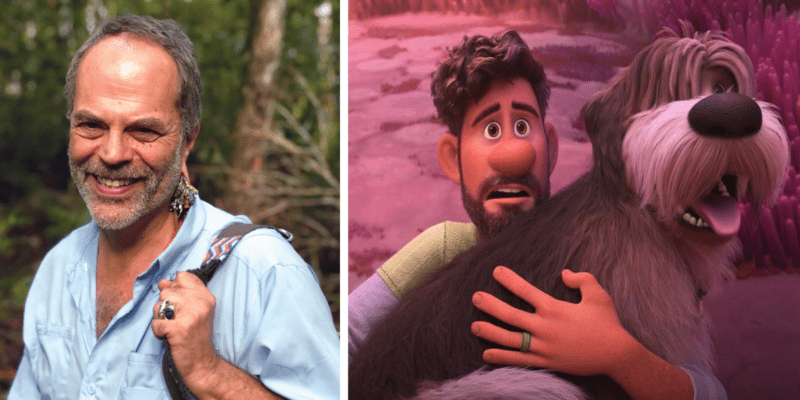 The film from the teams behind Encanto (2021) and Raya and the Last Dragon (2021) premiered last weekend. Fans quickly noticed an unexpected Disney Legend credited at the end: Joe Rohde.

Rohde is best known for designing Disney’s Animal Kingdom at Walt Disney World Resort and spearheading the addition of Pandora: The World of Avatar. The retired Walt Disney Imagineer commented on his contributions to Strange World on Twitter:

Well that’s very nice of them. I’m pretty sure this was a rather brief discussion on worldbuilding logic

Well that’s very nice of them. I’m pretty sure this was a rather brief discussion on worldbuilding logic https://t.co/tDoyASbEZo

Rohde noted that he didn’t realize he had been credited for the film and appreciated the recognition.

Strange World premiered Thanksgiving week on November 23, 2022. The Walt Disney Animation Studios film was hit with a lackluster opening weekend and backlash from critics. From Disney:

Walt Disney Animation Studios’ original action-packed adventure “Strange World” introduces a legendary family of explorers, the Clades, as they attempt to navigate an uncharted, treacherous land alongside a motley crew that includes a mischievous blob, a three-legged dog and a slew of ravenous creatures. The voice cast includes Jake Gyllenhaal as Searcher Clade, a family man who finds himself out of his element on an unpredictable mission; Dennis Quaid as Searcher’s larger-than-life explorer father, Jaeger; Jaboukie Young-White as Searcher’s 16-year-old son, Ethan, who longs for adventure; Gabrielle Union as Meridian Clade, an accomplished pilot and Searcher’s partner in all things; and Lucy Liu as Callisto Mal, Avalonia’s fearless leader who spearheads the exploration into the strange world. Helmed by Don Hall (Oscar®-winning “Big Hero 6,” “Raya and the Last Dragon”) and co-director/writer Qui Nguyen (co-writer “Raya and the Last Dragon”), and produced by Roy Conli (Oscar®-winning “Big Hero 6,” “Tangled”), “Strange World” releases November 23, 2022.

Did you see Strange World? What did you think?