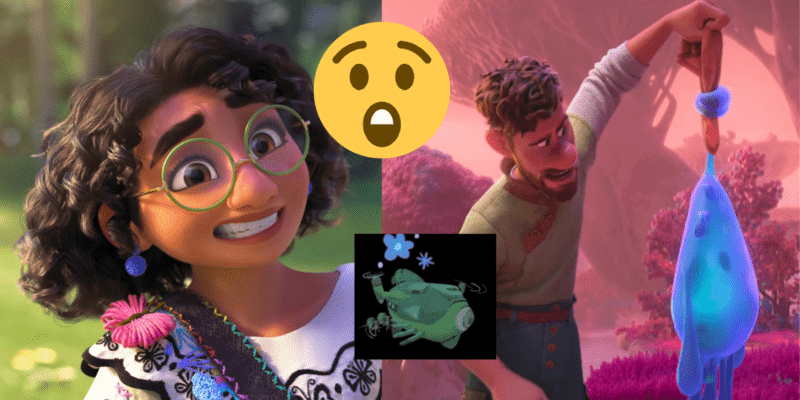 Walt Disney Animation Studios’ Strange World is coming to theaters this November, following Pixar’s Lightyear as the next Disney film to arrive at cinemas worldwide.

Last week, Disney fans got the first teaser trailer for the film, which introduces us to the legendary Clades, “a family of explorers whose differences threatened to topple their latest and most crucial mission,” according to IMDB.

Directed by Don Hall and written by Qui Nguyen, Strange World stars Jake Gyllenhaal and Alan Tudyk as adventurers on a bizarre and wonderful sci-fi planet.

With all this new information about the film, some fans noticed an easter egg in Disney’s Encanto (2021). TikTok user @hiddenmoviedetails saw the secret reference first, posting this video:

At the end of the film’s credits, when the Walt Disney Company logo is center screen, eagle-eyed viewers will notice a green submarine-style ship on the left.

The same ship quickly flys by at the beginning of the Strange World trailer, right after the screen reads “A major motion picture event!”

As more details about Strange World emerge, it’s possible Disney fans might notice even more hidden easter eggs in other Walt Disney Animation Studios’ films! And who knows what secrets Strange World is hiding? They’re waiting to be discovered this November!

Encanto hit theaters late last year and was an instant hit. “We Don’t Talk About Bruno” surpassed “Let it Go” as the highest-charting Disney single since “A Whole New World” from Disney’s Aladdin (1992). From Disney:

Are you excited for Disney’s Strange World? Did you notice the easter egg at the end of Encanto? Let us know in the comments!