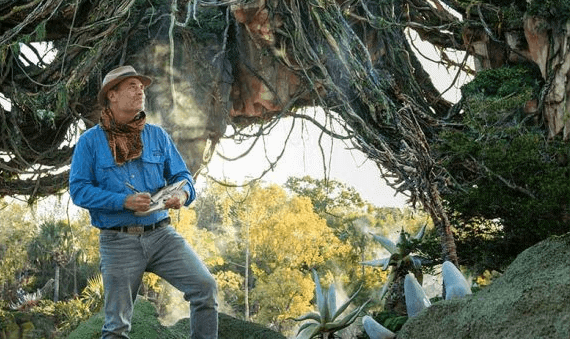 Back in May, we reported on Guests frustrated that one of Walt Disney World Resort’s newest attractions is seemingly being neglected. Guests reported months of double vision on the 3D ride, even when wearing provided 3D glasses, which some suggested was due to projectors shifting out of alignment over time. Some Guests even got sick from the blurry screens.

Some Walt Disney World Resort fans took to Twitter to ask an iconic Disney Imagineer, Joe Rohde, what was going on with the 3D simulation ride. Rohde not only helped envision Pandora: The World of Avatar but the entirety of Disney’s Animal Kingdom!

Rohde told fans that there are four rooms on the ride, explaining why some fans might notice the technical issue while others don’t. He also said he hasn’t been on or working on the ride since 2019, as he’s retired and now lives in California, so he can’t say what the exact issue is:

There are 4 rooms. But I have no idea technically what the issue might be as I have not been there since 2019

There are 4 rooms. But I have no idea technically what the issue might be as I have not been there since 2019 https://t.co/C6lzkKnLdR

With Disney’s acquisition of 21st Century Fox and James Cameron’s Avatar: The Way of Water premiering in December, we hope this issue can be corrected soon!

More on Avatar Flight of Passage

Boasting five hours wait times at its peak popularity, Avatar Flight of Passage at Disney’s Animal Kingdom has been a fan-favorite attraction since its opening in 2017. This simulation-style ride lets you fly through Pandora atop a banshee, led by a Na’vi Tour Guide. From Disney:

Climb atop a winged mountain banshee for a breathtaking 3D flight over Pandora’s otherworldly landscape.

Have you noticed blurry or double vision on Avatar Flight of Passage?