Closure of Haunted Mansion Delayed at Disneyland - Inside the Magic 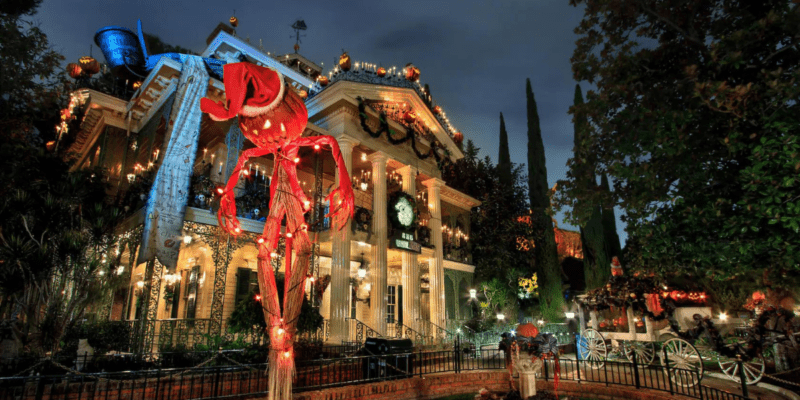 One of Disneyland’s most iconic and beloved attractions will be brightening up Guests’ festive season for a little bit longer.

For a limited time, The Haunted Mansion welcomes Guests into a new version of the attraction inspired by Tim Burton’s The Nightmare Before Christmas (1993). Guests will be able to see Jack Skellington as Sandy Claws, Sally, Oogie Boogie, and even Zero, who will take over The Haunted Mansion at New Orleans Square for the 21st time since this holiday overlay began in 2001.

However, things are changing this year. The annual Haunted Mansion overlay was originally planned to end in the first week of January but has now been extended.

Now, when checking the official Disneyland website, these dates have been changed by three full weeks. The official statement reads, “Haunted Mansion Holiday will be closed for refurbishment beginning January 30, 2023, and will reopen as Haunted Mansion. Please check back for updates.”

Remeber, Disneyland is also home to several other iconic rides and attractions like Peter Pan’s Flight, Pirates of the Caribbean, “it’s a small world,” Matterhorn Bobsleds, Splash Mountain, and many more. Guests also have the chance to visit Sleeping Beauty Castle, which is always a dream, especially when you can go inside and relieve the story of Princess Aurora and Maleficent.

Decked Out for the Hallow-Days

Pumpkin King Jack Skellington has been busy decorating the Haunted Mansion with frightfully festive touches inspired by Tim Burton’s The Nightmare Before Christmas.

Experience thrilling sights and seasonal surprises created by the citizens of Halloween Town. Sally, Oogie Boogie and other Nightmare nasties will be on hand to wish you “Season’s Screamings!”

What’s your favorite version of the Haunted Mansion? Do you like Disneyland’s version better or Walt Disney World’s version?

Comments Off on Closure of Haunted Mansion Delayed at Disneyland