Guest Violently Stabbed at Popular Theme Park - Inside the Magic 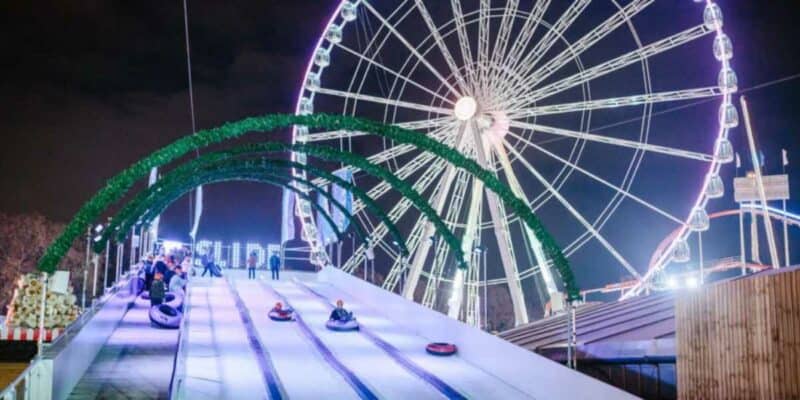 One of the most popular times of the year to visit your favorite theme park is during the Holiday season.

Disney Park Guests are currently enjoying the magic of Disneyland Resort and Walt Disney World Resort with its Holiday celebration. Many evenings throughout the month, Disney celebrates with Mickey’s Very Merry Christmas Party, a special After-Hours event where Guests can bring in their own Christmas joy.

Other theme parks, like Universal Orlando Resort, Universal Studios Hollywood, SeaWorld Orlando, Cedar Point, Busch Gardens, Six Flags, and Dollywood are all celebrating the Holidays in their own way with special festivities. One of the most popular events, of course, takes place at Universal Orlando in Islands of Adventure. Dr. Seuss’s beloved tale comes to life in Grinchmas, and Guests have the opportunity to meet the Grinch himself.

But, the theme parks in the U.S. aren’t the only places that are putting on Holiday celebrations.

Hyde Park Winter Wonderland describes itself as “the world’s best destination for festive fun.” However, a recent incident unfolded near the amusement park that caused portions of the area to be closed off.

According to reports from Express, a 24-year-old man visiting the Park was stabbed in the neck as he traveled away from the Winter Wonderland event. Police sealed off the area where the incident happened, and the man was taken to the hospital with “non-life-threatening injuries.”

“We are aware of an incident last night involving an individual travelling away from Hyde Park Winter Wonderland. We are working with the relevant authorities to understand more and support their investigations.”

It’s unclear at this time exactly what caused the incident to unfold.

This isn’t the first time that Hyde Park Winter Wonderland was in the news, however. A viral video at the amusement park showed the slingshot attraction breaking with two boys onboard, sending them crashing into a structure and left hanging. Luckily, no injuries were reported following the malfunction.

London’s Winter Wonderland at Hyde Park includes many attractions for your amusement, like the traditional Ice Rink, the Giant Wheel ride, Zippos Christmas Circus, Wilde Maus, The Time Machine, Munich Looping, The Hangover, The XXL, and Blizzard. The event runs through early January.

Comments Off on Guest Violently Stabbed at Popular Theme Park