Disney's Genie Service Is So Bad, One Guest Only Used it Because He Lost a Bet - Inside the Magic 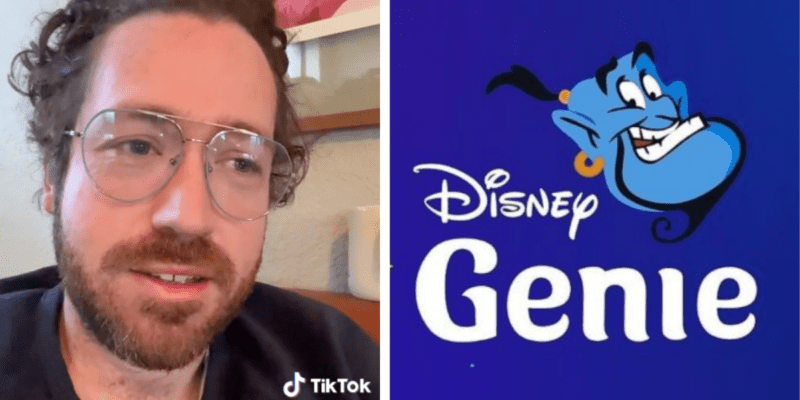 Many Guests have complained about Lightning Lanes, which can cost up to $25 per Guest. Disney Genie+ recently hit a high of $29 per Guest at Walt Disney World Resort as Magic Kingdom was overrun with Holiday crowds. An expert app developer spoke out in November, claiming that even the free version of the app is a nightmare that employees should be fired over.

This week, a Walt Disney World Resort fan shared that the Disney Genie app is so bad his friend group used it as a betting tool. From Jimmy (@Ournextgreatadventure_) on TikTok:

Jimmy revealed that he came in last place in his Fantasy Football league, made up of Disney fanatics. Traditionally, the person in last place has to do something uncomfortable, like one Universal Orlando Resort Guest who rode a ride fourteen times earlier this year.

“Can you sense my excitement?” he asked sarcastically.

In the caption of the TikTok, Jimmy explained that he hadn’t planned on visiting Walt Disney World Resort for a long time due to “insane crowds.” And he definitely didn’t plan on trusting Disney Genie with his itinerary!

The Disney Genie app is meant to reduce your wait times by sending you to low-wait attractions until e-ticket options get less busy. But with massive crowding, it rarely recommends fan-favorite attractions because wait times are almost always long.

“Haha! Have fun at the Swiss family tree house and hall of presidents 😂,” joked @jessicahope3.

“Enjoy beauty and the beast show followed immediately by frozen sing-along. and then a 90 min wait for Mickey Minnie Railway,” @pigbyfam wrote.

Do you use Disney Genie to plan your Disney Park day?

Comments Off on Disney’s Genie Service Is So Bad, One Guest Only Used it Because He Lost a Bet