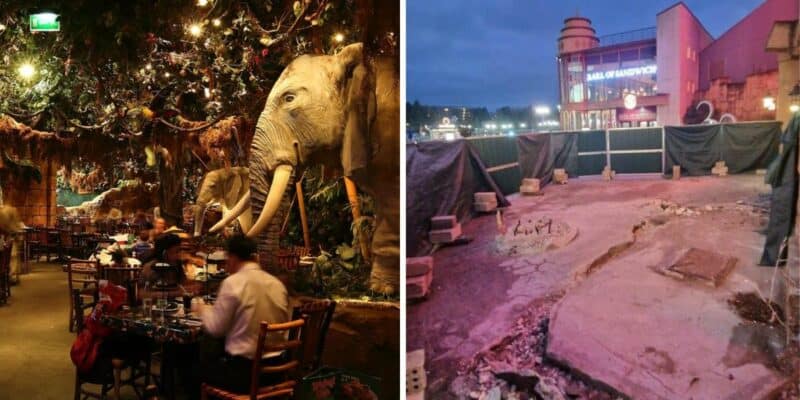 Guests should know that no two trips to Disney ever look or feel the same. With how many exciting new additions make their way into the Parks each year, Guests can always expect to find something new.

In the last year or so, we have seen so many projects either started, being worked on, or completed at the Disney Parks. From the exciting new Guardians of the Galaxy: Cosmic Rewind roller coaster at EPCOT, to the exciting new Toontown at Disneyland, complete with a new version of Mickey & Minnie’s Runway Railway, Guests have a lot to look forward to, especially if it’s been a while since their last visit.

To take things back to Disney Village, there’s so much going on. We don’t know the details of all the changes, but for fans of the Rainforest Cafe, you may need a tissue as construction crews have been hard at work dismantling the restaurant:

The famous crocodile of the Rainforest Cafe restaurant is now a thing of the past! (Translated)

As you can see, the crocodile pit has been completely removed. The restaurant opened in 1999, and these props have not been touched since. Nothing has been officially announced regarding this eatery but considering a massive transformation is coming, we wouldn’t be too surprised to see it go.

We reported on the first construction steps for this restaurant a few weeks ago, and now, the restaurant is looking bare and empty. We arent sure if it will reopen or close completely, but as of now, things don’t look so good.