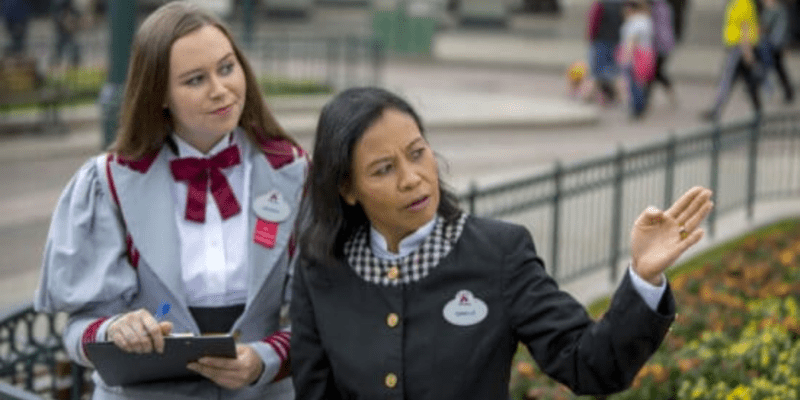 It’s a tough time to be a Disney Cast Member. Though Disneyland Resort recently surpassed its pre-COVID employment numbers, ending a years-long staffing shortage, many report dissatisfaction at work.

Inflation means everyone’s expenses are higher – Disneyland Park and Disney California Adventure have even raised ticket prices – but Cast Member pay hasn’t increased. Disney is in constant battles with Cast Member Unions, while many employees report living in their cars, delaying medical care, and relying on sex work to survive.

Guests also report issues with “extremely rude” Disney Parks and Downtown Disney Cast Members. One Guest, Reddit user u/Ca55en, alleges that they were publicly shamed and humiliated by a Disneyland employee after trying to purchase a water bottle.

The Guest inserted their credit card to pay, but it didn’t work. The Disney Cast Member working the water stand asked the Guest to hand over the card so she could try running it, but that didn’t fix the issue either. Instead, the machine crashed and needed rebooting.

“The cast member then started berating me, saying it was my fault because I ‘tried to run the card too many times’ and that she would only be able to take cash for an extended period of time,” the Guest recalled.

The Guest offered to pay with cash and tried to hand the Cast Member a few dollars, but she refused to take it. “Instead of taking my money, she started yelling to everyone behind me – repeatedly telling them that I broke her machine and because of me they would need to pay in cash.”

“I stood there for what seemed like several minutes holding out my cash, wishing that she would just take it so I could bring the water back to my family,” the Guest wrote. “She just kept loudly repeating over and over that I had broke her machine. I was pretty shocked by the whole exchange.”

Have you experienced issues with Disney Cast Members?