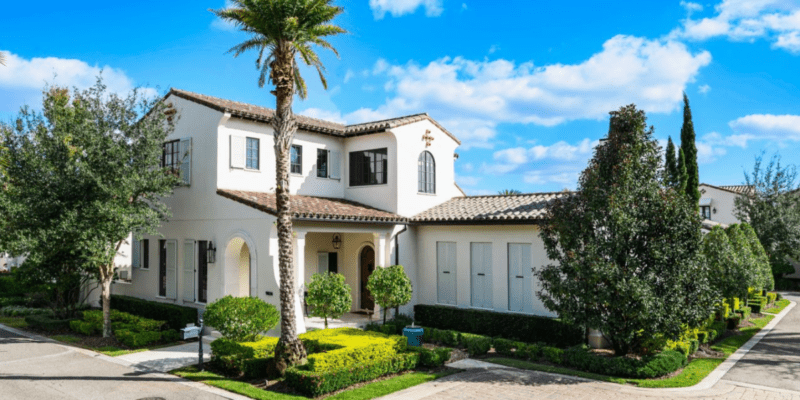 A family of avid Disney aficionados recently acquired a nearly-4-million-dollar Disney World home, fulfilling the dream of thousands of fans.

Wouldn’t it be a dream to wake up in the morning inside Cinderella Castle, take in the morning sun with a view of Fantasyland, make your way down an empty Main Street, U.S.A., with a coffee and a churro in hand, and begin a day filled with fun and magic at Magic Kingdom or your favorite Walt Disney World theme park — Disney’s Animal Kingdom, EPCOT, or Disney’s Hollywood Studios? While this might be a farfetched idea, “when you wish upon a star” — and have 4 million dollars to spare — you can experience the next best thing and live at Walt Disney World Resort’s magnificent resort-style community.

Recently a home located in Golden Oak, the only residential community established on the grounds of Walt Disney World Resort, sold for $3.95M four days after hitting the market, surely fulfilling the dream of a family of Disney enthusiasts. The 3,642-square-foot residence was in 2015 in “a transitional modern style.”

Chris Christensen of Premier Sotheby’s International Realty commented to Mansion Global, “It’s all about the neighborhood. Golden Oak is the only community built on Disney property. … It [was] priced at the low range for the neighborhood, which makes it incredibly appealing to people who want to live in Golden Oak, but not at a $10 million price point.”

While Sotheby’s declined to comment on the buyer, the new homeowners surely share a love for Mickey Mouse and all things Disney. “Most of the residents are true Disney fans,” Christensen commented. “They range from retired couples who hope to hand the home down in the future to younger families with children who live there full time, taking advantage of the lifestyle.”

The Disney World home features wood and marble floors and vaulted, beamed ceilings; an eat-in kitchen with an adjacent dining and living area; disappearing glass doors that open to the pool and backyard area; four bedrooms, four bathrooms, and two powder rooms. The primary bedroom suite has a large walk-in closet and a bathroom with a walk-in shower and jacuzzi tub, the listing stated.

The house is within walking distance to Summerhouse—a private clubhouse at Golden Oak—and a golf-cart ride to Four Seasons Resort. It last traded in 2015 for nearly $1.9M.

Would you like to live in Golden Oak at Walt Disney World Resort? Let us know in the comments below!