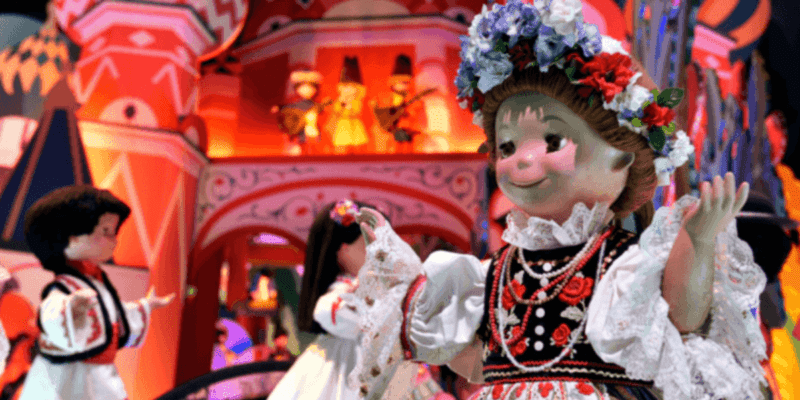 We’ve spent the past few months reporting on disrepair at “it’s a small world” in Disneyland Park. Some dolls have come up missing, while others suffer in disrepair. But it seems the California Disney Park isn’t alone.

On a recent visit to Walt Disney World Resort, one of our reporters noticed a missing doll on the historic Fantasyland ride. A cut-out patch in the blue carpet makes the issue more glaring.

Disneyland Resort’s “it’s a small world” has experienced similar issues with its hula dancing animatronics, so much so that one TikToker devoted themselves to tracking the status of the dolls.

Walt Disney World Resort hasn’t announced any upcoming maintenance for “it’s a small world.” However, the ride is expected to get two new dolls in wheelchairs sometime next year.