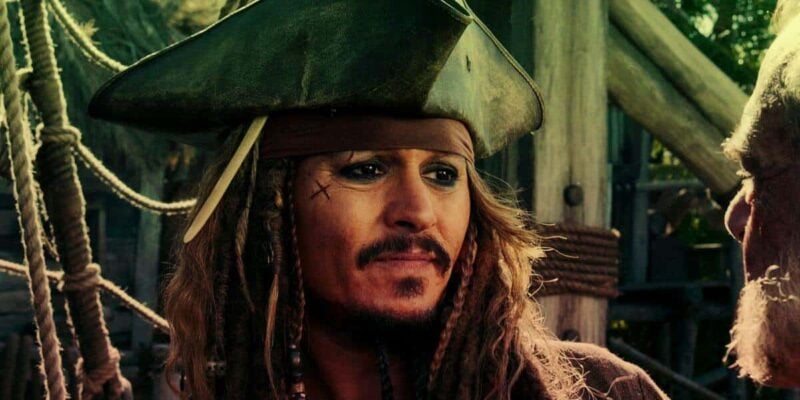 As tensions reach boiling point over the future of The Walt Disney Company’s billion-dollar Pirates of the Caribbean franchise, a new sighting of Jack Sparrow in one House of Mouse project proves that the company simply cannot stay away from including the rogueish pirate in their media.

At one time, actor Johnny Depp was the vivid red feather in Disney’s pirate hat. Being an integral, if not central, part of the Pirates of the Caribbean franchise, Depp helped secure the series’ billion-dollar grossing status. When the first movie, Pirates of the Caribbean: The Curse of the Black Pearl (2003) first released, it introduced audiences to the charming Will Turner (Orlando Bloom), the courageous Elizabeth Swann (Keira Knightley), and the audacious and loveable, Captain Jack Sparrow (Depp).

Over the years, and in spite of poor box office performance for some outings, the Pirates series became one of the world’s most commercial franchises to date and cemented Depp as a blockbuster-leading man of the time. But, after the breakdown of his marriage to his The Rum Diary (2011) co-star, Hollywood actress Amber Heard, and the domestic violence allegations that came to light amid their divorce, Depp was struck out of his work.

The actor lost his role as Jack Sparrow, something he brought up in the Fairfax County courtroom this past summer, and was asked to resign from his part of the dark wizard Gellert Grindelwald in Warner Bros. Fantastic Beasts franchise, a spinoff of JK Rowling’s Harry Potter series. Mads Mikkelsen took over the role.

The slew of domestic abuse and sexual violence allegations came to a head over the six-week trial in Virginia where the jury found both parties guilty of defamation; the court case was launched by Depp after Heard’s infamous OpEd in The Washington Post in 2018, which detailed her journey as a survivor of domestic abuse.

But, while Depp has largely been cast out from the big movie studios and exiled from Hollywood, his beloved Jack Sparrow continues to appear in the Disney canon. From character meet and greets at Disney Parks, to his appearance in both the Pirates of the Caribbean attraction and in certain nighttime spectaculars at the Resorts, Depp’s likeness is all over the corporation.

And in a strange turn of events, Jack Sparrow has recently made an appearance in a new Disney project.

Marvel’s The Guardians of the Galaxy Holiday Special (2022) debuted last week on Disney+ and brought the disparate group of misfits back to the screen. Chris Pratt’s Peter Quill AKA Star-Lord led the team with the rest of the ensemble cast made up of Karen Gillan (Nebula), Bradley Cooper (Rocket Raccoon), Vin Diesel (Groot), Michael Rooker (Yondu), Sean Gunn (Kraglin Obfonteri), Dave Bautista (Drax the Destroyer), and Pom Klementieff (Mantis).

Another Special Presentation following the studio’s Werewolf By Night (2022), the TV special sees Drax and Mantis searching Hollywood Hills for Quill’s hero, Kevin Bacon. Upon their search along Hollywood Boulevard, director James Gunn shows clips of classic tourist attractions including those that come dressed up for photos (and tips). One of those shown is Captain Jack Sparrow.

Yes, while it isn’t Depp donning the classic pirate attire, the decision to consistently include references to the actor’s beloved character is becoming more and more commonplace despite the negative backlash surrounding the person that originated him for the screen.

One only needs to look at the ousting of Gina Carano from Lucasfilm’s Star Wars franchise, and Cara Dune’s lack of presence since The Mandalorian Season 2, to see that Disney takes a proactive stance on diminishing controversy by removing those responsible. So why, after multiple allegations of domestic violence, and two court cases to boot, does the Mouse House keep Jack Sparrow alive? It will be interesting to see if Depp does make a return now that Margot Robbie’s Pirates 6 is off the table.

The defamation case in the United States came two years after Depp sued The Sun and executive editor Dan Wootton in the United Kingdom in a highly-publicized libel trial that would trigger the downfall of Depp’s career. After testimonies, Justice Andrew Nicol of London’s High Court found the majority of the domestic abuse claims against Depp “substantially true”. He was not allowed to appeal the decision.

While Depp steps back into the limelight following the Jury favoring him and his team — he will appear in Maiwenn’s Jeanne du Barry (2023) as the controversial French monarch, King Louis XV –, Amber Heard will star in next year’s Aquaman and the Lost Kingdom (2023) from director James Wan, and once again starring alongside Jason Momoa as the titular superhero.

Do you think Disney is actively keeping Jack Sparrow alive? Let us know in the comments down below!