Iconic Disney Ride Now a "Living Hell," Thanks to Disney Genie - Inside the Magic 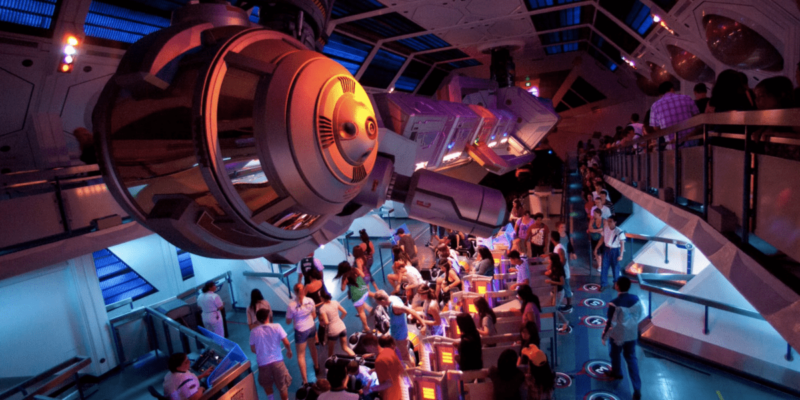 However, Disney has attempted to help solve these issues. The most recent solution to this problem came in the form of Disney Genie, and Genie+, a service Disney World and Disneyland both offer as a way to help Guests not spend so much time in line.

Disney Genie+ and Lightning Lane were released last year to lots of confusion and frustration, leaving some Guests feeling confused by the service. In theory, this paid service should enhance Guests’ experience at the Parks, but in practice, it seems to just be an expensive itinerary planner for some, while others love it.

One Guest ran to social media to reveal their gripes with the controversial service. The Guest explains that it has turned Disneyland’s beloved Space Mountain ride into a “living hell.” The Guest claims Space Mountain’s queue is the “culmination” of everything wrong with Lightning Lane and Disney Genie+.

“The line is an absolute standstill for 90% of the queue because the merge point is so far down in the queue, and Lightning Lane users easily get far more preference than the Standby line users.”

We have reported on complaints about Space Mountain’s queue line before, with many criticizing it for how narrow some of the sections can be. Some even labeled it a “safety hazard.”

We all have our own least favorite lines to stand in at the Disney Parks, but with Disney Genie, these issues seem to expand exponentially, especially considering how backed-up lines can become. Disney Genie has remained a very controversial element of the Disney Parks since it was added last year. Whether you like it or not, there’s still a good portion of Guests who miss the simpler days of printing out a paper “FastPass” in the Parks.

We recently saw Disney Genie+ reach its highest price point for the second time at Walt Disney World. For more on Disney Genie, Genie+, or Lightning Lane, check out the official website here.

What are your thoughts on Disney Genie? Have you used it yet?