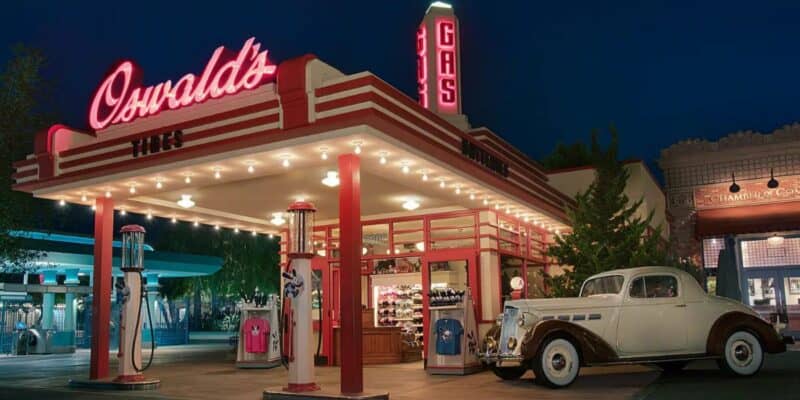 Disneyland is full of hidden surprises, such as hidden Mickeys and other symbolism placed throughout the Park. Disney has also hidden various items in plain sight around the Park, such as abandoned ticket booths, animatronics from old attractions, and even a secret pirate riddle!

However, these are all visual hidden surprises. But what about audio easter eggs hidden around the Park? That’s what one curious Disney fan wanted to find out.

I’m a sound nerd visiting DL & DCA soon in search of audio-specific easter eggs and factoids. What should I seek out?

In the train station in New Orleans Square, you can hear Morse Code being tapped off on a telegraph. The translation is actually Walt Disney’s opening day speech for the park. “To all who come to this happy place, welcome…”

Related: Did You Know About the ‘Star Wars’ Easter Egg In This Popular Disneyland Attraction?

Spend some time (a CHUNK of time) listening to the radio in Oswald’s Filling Station, just inside the entrance of DCA. Everything on it is a retcon Disney history reference, some things are even little puzzles. Nearly everything on Buena Vista Street is a Disney history Easter egg, but the radio is just outstanding!

There were several comments on this post, with many commenters pointing out interesting audio easter eggs for Disney fans to find throughout the Park. Most of these comments discussed hidden audio gems found at Disneyland.

For example, in the Star Tours: The Adventures Continue queue, you can hear a voice paging Mr. Tom Morrow, which is a nod at the themed Tomorrowland. Additionally, a Mr. Egroeg Sacul is paged, which is George Lucas spelled backward.

Another Star Wars-related factoid that commenters shared was that Star Wars Galaxy’s Edge has its own soundtrack from John Williams which you can hear throughout the themed land.

And near Fantasyland, as you face the front of Sleeping Beauty Castle, go to the right, and you’ll find Snow White’s wishing well. From time to time, you can hear Snow White singing.

Additionally, in an alleyway off Main Street, U.S.A., where the lockers are located, there are several audio segments you can hear, including dentist drills while a patient screams, piano lessons, and a man singing in the shower.

And finally, at Market House on Main Street, U.S.A., Guests can listen in on a secret conversation when they pick up the wall-mounted telephone.

Have you heard any of these audio easter eggs at Disneyland? Were there some other hidden audio messages you’ve noticed?