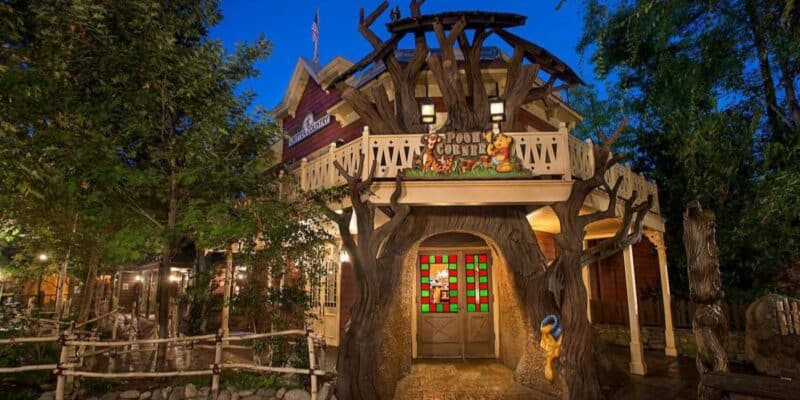 Disneyland is full of hidden details for Guests to find, from hidden Mickeys around the Parks to paying homage to classic characters like Mary Poppins, there’s always something new for Guests to find and explore.

For example, in Critter Country at Disneyland, did you know that this area wasn’t Winnie the Pooh-themed until 2003? There’s a remnant of what was once there if you look closely at what is now Pooh Corner.

A TikTok from @thetpmvids shows Disney fans a hidden easter egg on the outside of Pooh Corner:

@thetpmvids tells viewers that if you look up on the side of Pooh Corner in Critter Country, you can find the old lettering for Teddi Barra’s Swingin’ Arcade. Before this area of the Park was Winnie the Pooh-themed, what is now Pooh Corner used to be the Mile Long Bar, which opened in 1972. It also opened with the Country Bear Jamboree, where the Winnie the Pooh attraction is today.

Because arcades were popular in the 1970s, Disney decided to place an arcade next to the bar, naming it Teddi Barra’s Swingin’ Arcade, in reference to the character Teddi Barra from Country Bear Jamboree.

In 2003, the building became Winnie the Pooh-themed, but Imagineers left the Teddi Barra sign on the building as a tribute to what it once was. Though the building and sign have since been painted, the horticulture team placed vines around the sign so Guests can always spot it.

Related: The ‘Winnie the Pooh’ Thanksgiving Special You Won’t Find On Disney+

Another fun hidden detail not mentioned in the TikTok is that there is also a remnant from the Country Bear Jamboree attraction in The Many Adventures of Winnie the Pooh ride. If you look behind you and above the door as you pass the Heffalumps and Woozles room, you’ll see the mounted head characters from the previous Country Bear Jamboree attraction: Max the deer, Melvin the moose, and Buff the buffalo.

Have you ever been to the arcade and Country Bear Jamboree at Disneyland? Share your story in the comments!