450 Nudists Take Over Theme Park, "Don't Need to Think About Clothes Again" - Inside the Magic 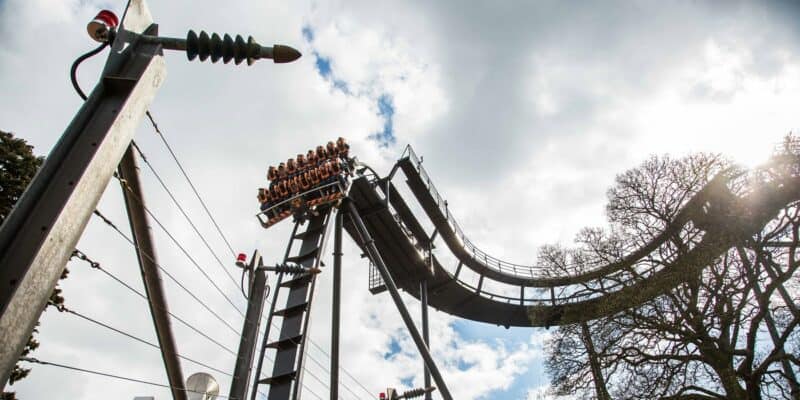 No clothes needed as hundreds of naturists descend upon one of the world’s most popular theme parks.

The Alton Towers Resort in Staffordshire, England, is one of the United Kingdom’s most visited theme parks. Operated by the Merlin Entertainments Group, the Resort consists of a theme park, a water park, mini-golf, a spa, and a hotel complex which includes Alton Towers Hotel, Enchanted Village, Splash Landings Hotel, and the CBeebies Land Hotel, among others. After Legoland Windsor, it is the second most-visited theme park in the UK, and a close competitor of Great Britain’s other thrilling theme park, Thorpe Park Resort.

The theme park Resort, like others across the world such as Walt Disney World Resort, SeaWorld, Six Flags, Dollywood, and Universal Orlando Resort includes many family-friendly attractions like CBeebies Land’s Gangsta Granny: The Ride, based on the novels by David Walliams, and thrill rides such as Nemesis, Galactica, Wicker Man, The Smiler, and the world’s first vertical drop roller coaster, Oblivion — which itself has a complicated history.

But aside from all the rides and themed hotels, Alton Towers has hit the headlines for a wholly different reason — welcoming 450 members of the British Naturism Group to the Resort. A member of the group spoke after the event, saying:

“For the uninitiated, the theme park itself is closed at this time of year and we take over the entire Splash Landings hotel, which includes a water park in the same building as the rooms and food and drink outlets.

“We strip off at 6pm on Friday and don’t need to think about clothes again until home-time on Sunday lunchtime.”

“As well as endless hours in the pool, lazy river, master-blaster and other flumes, guests can take advantage of a programme of activities including quizzes, crafts, aquarobics, a morning walk, a tour of the Alton Towers formal gardens, yoga, fitness classes and waterpolo.

The report went on to say that by the evening, the event includes body painting, dancing, and drinking with friends.

Besides the mind-bending rooms and lip-smacking food, you’ll love our thrilliant family entertainment. There’s capital-F Fun for all ages, from our shriek-tastically interactive Calypso Crew kids club to our perky, chirpy character shows.

Would you ever take part in a naturist event at a theme park hotel? Let us know in the comments down below!