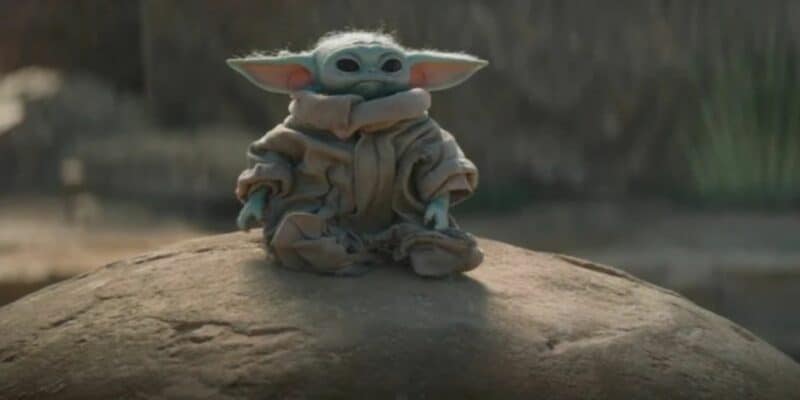 Baby Yoda is reportedly set to appear in just over a week in a new project before The Mandalorian Season 3 debuts.

Pedro Pascal’s Din Djarin may have just gotten Grogu back, but it seems that Disney plans to bring the character back for a new project. After reuniting in The Book of Boba Fett, the fan-favorite duo is set to travel to Mandalore in Season 3 as Din needs to earn back his right to be a Mandalorian for removing his helmet.

His Darksaber will cause him some problems as he will probably create more enemies by carrying the blade to Mandalore. Things might get tense as it will create some tension between him and Katee Sackhoff’s Bo-Katan Kryze. Even with all of the space battles, different planets, and fun cameos, The Mandalorian’s central gem is obviously “Baby Yoda.”

After he first appeared in Episode 1, “The Child,” fans knew that Grogu would never leave the spotlight. Being another member of Yoda’s species creates a lot of mystery for Grogu, and it wasn’t long before fans learned that he once was at the Jedi Temple before being carried away.

Lucasfilm still hasn’t explained which Jedi carried Grogu away, but that story will inevitably be told over time. In the meantime, Disney has probably enjoyed a large profit from the character with all the merchandise made for the cute little guy.

Grogu’s popularity may have led to the character getting his own short which was revealed in a now-deleted post by Disney+ Italy. Star Wars News Net caught the announcement before it was taken down, allowing fans to look closely at when the series will debut and what it might include.

Unlike other projects, Star Wars Zen – Grogu and Dust Bunnies is set to debut on a Saturday, November 12, which would be the 3rd anniversary of The Mandalorian’s debut and Disney+. Since it’s a special day, it would make sense that Star Wars fans would love to see more of Grogu to celebrate the streaming service’s anniversary. Here’s a picture from the deleted post:

Based on the secrecy and the term “Zen” in the title, this project will most likely be a short following the same ambient sound used for shorts played between shows. While Grogu might get into something he shouldn’t, it’s doubtful that the short will set up anything for Mando’s upcoming journey in Season 3.

This short will probably be a sweet little project to surprise fans with a new small story about one of the most popular Star Wars characters. In December, fans will reportedly get a final look at Season 3 before having Season 3 debut in February, meaning that Lucasfilm might be pulling the strings to create even more hype for the upcoming season than previous ones.

Are you excited about this Grogu short? Let us know what you think!