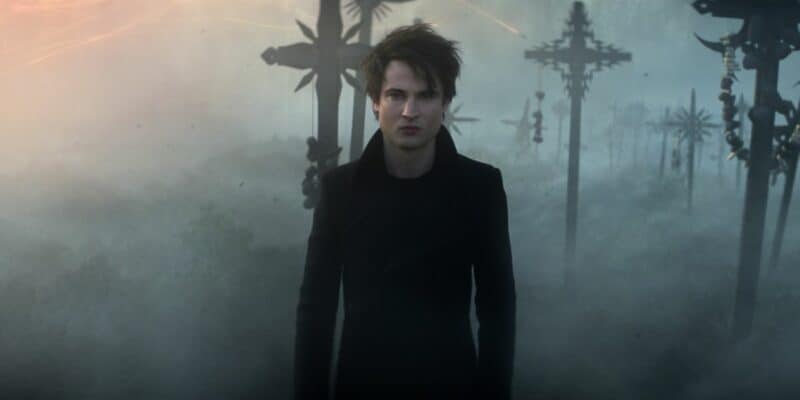 Most DC content can be found on HBO Max, but Netflix created an adaptation of one of the most beloved comic-book stories ever made.

Fans might love the Justice League and Superman, but the world of super heroes isn’t the only thing that DC is known for. They have created a lot of unique stories, such as “Watchmen,” which is more of a parody of super heroes and looks at how super powers would affect the Cold War.

Another great example would be Neil Gaiman’s “The Sandman”. A story focused on exploring deities called the Endless, Sandman follows Dream, a powerful being as he tries to regain his power after being captured by humans for decades. This quest leads the protagonist to travel to different parts of the world, such as Hell, America, and the realm of Dreams.

Netflix managed to make this storyline into a Netflix series with Neil Gaiman’s help, and it turned out to be a visual masterpiece. Tom Sturridge stars as Dream, and the series faithfully adapts almost every line from the comics, which doesn’t happen often enough.

Deadline confirms that the series is being renewed for a second season. This comes after several false reports of the show’s cancellation and even after DC accidentally spoiled the news hours beforehand. Fans were very unsure of what to believe because Netflix had been radio silent after the first season debuted.

The Sandman will continue adapting the storylines from the comics into episodes, meaning that Tom Sturridge’s Dream might face Gwendoline Christie’s Lucifer again in the second season. No other confirmations about the season have been shared, but this is great news for fans of the series.

A new tweet was released after the announcement teasing what to expect with Dream and his adventures:

Yes, it’s true: The Sandman will return to Netflix

The second season will shake things up as the cast won’t keep the same character. David Thewlis’s John Dee probably won’t return, or Boyd Holbrook as the Corinthian due to Dream killing the Nightmare. Although, fans should expect Jenna Coleman to reprise her role as Johanna Constantine, and the same could be said for Dream’s siblings, Death (Kirby Howell-Baptiste) and Desire (Mason Alexander Park). Patton Oswalt should return to voice Matthew, the Raven, and Vivienne Acheampong should also return to reprise her role as Lucienne.

While The Sandman is separated from the DCU, DC is definitely making strides toward having more DC content available to fans. With James Gunn and Peter Safran as Co-CEO of DC, fans should expect many good changes for the franchise. Dwayne Johnson’s Black Adam (2022) revealed that Henry Cavill’s Superman is back for good.

Aquaman and the Lost Kingdom (2023) promises to bring Ben Affleck’s Batman back, meaning that DC has a bright future with a lot of potential in the next few years. Even though The Sandman Season 2 has been confirmed, it will take some time before Tom Sturridge’s Dream returns for another season.

More on The Sandman

A wizard attempting to capture Death to bargain for eternal life traps her younger brother Dream instead. Fearful for his safety, the wizard kept him imprisoned in a glass bottle for decades. After his escape, Dream, also known as Morpheus, goes on a quest for his lost objects of power.

What are your thoughts on the announcement?