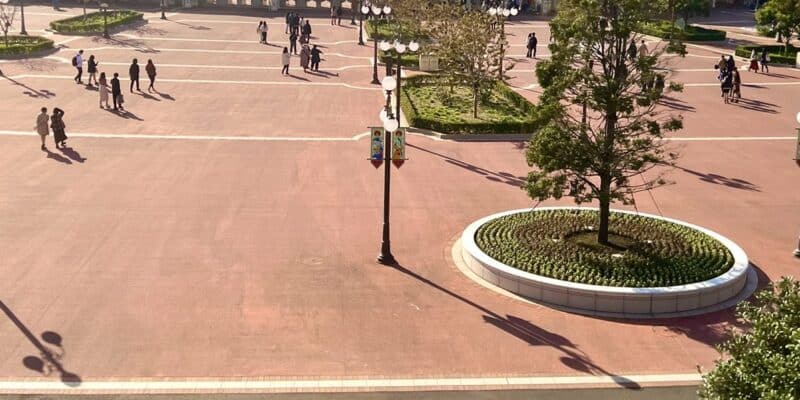 We’ve never seen a Disney Park this empty all of a sudden!

They’re so popular, in fact, that it’s not exactly rare for the Disney Parks to struggle with capacity, having to come up with various methods to balance park crowds, such as altering ticketing and pricing, and pivoting to offer fewer/more “valuable” Guests a more “luxurious” experience.

Now though, one Disney Park is experiencing a shocking lack of Guests visiting — and the reason may not be what you expect!

The “Disneyland” experience has always been a major draw, appealing to Guests of all ages. With a multitude of themed lands like Fantasyland and Tomorrowland just a short walk away from each, Guests can truly experience the “worlds of yesterday, tomorrow, and fantasy” to their hearts content, the way Walt Disney himself envisioned so many years ago.

However at one Disneyland theme park in the Tokyo Disney Resort, crowds have all but vanished — all in favor of another Disney Park!

The Tokyo Disney Resort has two sister parks that share a space in Chiba prefecture, and are both technically owned by the Oriental Land Company, though Imagineering and intellectual properties all fall under Disney’s control — this means that The Walt Disney Company does not handle finances. The entire Resort is encircled by the Tokyo Disney Resort Line monorail, which allows Guests to hop on and off at either Tokyo Disneyland, Tokyo DisneySea, and the local train, at the JR Maihama Station. This ease of access for local Guests to Park hop as well as get to-and-from local public transport has resulted in many Disney fans in the area picking a Park for the day, knowing that they can always hop over to the other Park whenever they like. However, many Disney die-hards and curious visitors alike are now heading over to the extremely crowded Tokyo DisneySea.

Twitter user @42ycmf506 shared earlier this week about the pretty insane crowd discrepancy at approximately 9 – 10 a.m. in the morning:

The difference is absolutely shocking — with the post garnering close to a whopping 45k likes — Disney fans, Guests and internet passers-by alike were pretty blown away!

Well, the first and natural conclusion would be the implementation of the brand new nighttime spectacular replacing the previous Fantasmic! show, Believe! Sea of Dreams. The new show has been touted as something absolutely stunning, utilizing new projection mapping technology on the buildings’ facade of Mediterranean Harbor (that actually houses the on-property official Disney Hotel, the Hotel MiraCosta), as well as projections on the side of Tokyo DisneySea’s biggest eye-catcher, the iconic volcano Mount Prometheus, wherein the Journey to the Center of the Earth ride resides. New, LED-paneled float vehicles on the surface of the big central lake replace the older, lower-tech float vehicles that once held Sorcerer Mickey. Guests have been packed like sardines in the evenings along the water’s edge, as the lake is surrounded by a ring of Tokyo DisneySea’s themed lands (or “Ports of Call”). Crowds have become so bad that people have allegedly been hurt, as well as one Guest reporting an epileptic seizure from other Guests’ indiscriminate, dangerous behavior.

However, other Disney fans paint a slightly different picture — with Twitter user @hiroedisney reporting that the image of the Tokyo Disneyland Park does not capture the bag inspection lines that Guests may face:

No, everyone please be careful.
I had to wait 50 minutes for bag inspection today.
It was at Disneyland!! (I’m shouting!)
Everything moves smoothly after the bag inspection, but if you go after 9:00, there’s a possibility that you’ll have to wait for 40-50 minutes!

User @pigg_no agrees, and even calls out the original poster, stating that:

This post’s purpose is to lower the rate of those going into DisneySea by making people think that Disneyland should be the target instead.

Just for the sake of your own comfort, you can’t manipulate other people’s impressions like this

The level of congestion is wrong

However, it’s probably no surprise that the Tokyo DisneySea Park is experiencing a huge influx of Guests with the buzz over the new nighttime show — though whether Tokyo Disneyland is also experiencing the same surge in crowds might still be up for debate.

Would you visit a Disney Park based on images you see online? Is it worth the risk? Share your thoughts in the comments below!