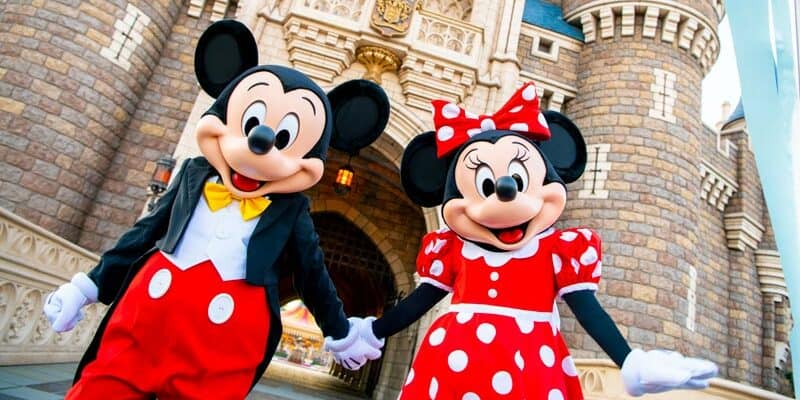 Disney is doing something rather unprecedented — lowering ticket costs — even if only for a selected promotional period.

All across the world, crowds at the Disney Parks have been a hot topic lately. With the Halloween season and its crowds causing operational changes in Walt Disney World’s Magic Kingdom, Disney Resorts have also taken to lowering their Guest capacity in order to give their Guests a “luxury” experience.

The Walt Disney Company has been condemned in recent years for becoming “cheap”, cutting corners, and raising prices while reducing food portions. Disney CEO Bob Chapek has even earned himself the nickname(s) of “Bob Paycheck” or “Bob Cheapek”, and has even been booed off the stage at the Mouse House’s very own D23 Expo this year.

However, what no one expected was that The Walt Disney Company, in conjunction with the Oriental Land Company, would in fact take the step to provide healthy discounts to the Guests visiting their theme parks, especially during this already busy season from Halloween into Christmas and the Holidays, through to the New Year. Crowds at Disney Parks all across the globe have had their numbers surge during the holiday period — like with the Tokyo Disney Resort’s “dangerous” crowds due to a crazily sought-after Halloween parade.

This announcement is strangely at odds with the previous statement to lower Guest capacity, in order to supposedly provide Guests with a better, more luxurious experience. Together with increased prices, each individual Guest to the Parks is more valuable to the company, as a higher spender.

This surprising move to sell discounted tickets was in fact taken by The Walt Disney Company and Oriental Land Company as part of a government stimulus initiative to boost the ailing post-COVID-19 economy in Japan, roughly translated to “Discount Event”. This would seemingly help to promote local spending, alongside the boost that will inevitably come from international guests visiting the country, now that the country’s borders have officially opened.

In accordance with this government initiative, The Oriental Land Company released a statement earlier that informs potential Guests that from October 13, 2022 (Thursday) to January 31, 2023 (Tuesday), the 1-Day Passport to the Tokyo Disney Resort’s theme parks, Tokyo Disneyland and Tokyo DisneySea will all receive a 20% discount from the ticket price of the day of the Guest’s visit. Including tax, this ranges from 6,320 to 7,520 Japanese yen for adults, 5,280 to 6,240 yen for junior high school students, and 3,760 to 4,480 yen for children.

The statement also provides guidelines on the COVID-19 precautions expected at the Tokyo Disney Resort’s Tokyo Disneyland and Tokyo DisneySea:

There’s some good news for Guests with existing Park tickets that were purchased at the regular price during the target period — the tickets can can be changed online, and also purchased here.

In addition, visitors may use the area-limited coupon of “National Travel Support” at stores and hotels in the park, and may receive a 40% discount (up to 5000 yen).

Disney have yet to announce any similar initiatives at other Disney Parks, although it’s not technically out of the question yet.

Are you planning a trip to the Tokyo Disney Resort? Should Disney implement this at other Parks? Share your thoughts in the comments below!