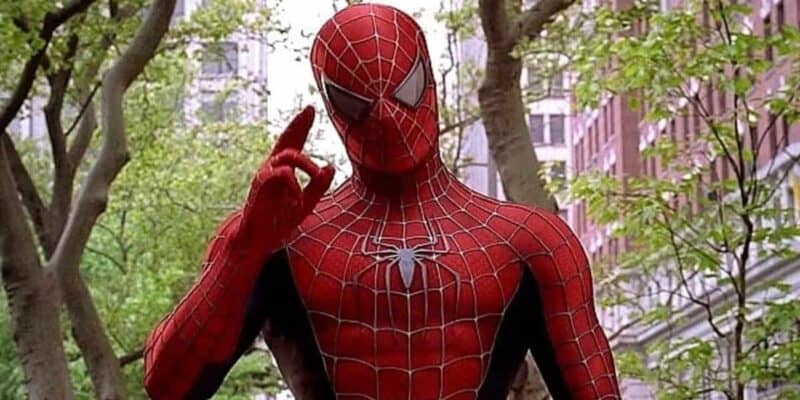 Disney is allowing Guests to come fully dressed up this Disney Halloween season — with the exception of anyone wanting to wear a Spider-Man outfit.

It’s a fact that The Walt Disney Company and The Oriental Land Company have allowed Disney Park Guests to visit the Tokyo Disney Resort theme parks, Tokyo Disneyland, and Tokyo DisneySea in their Halloween best — and this includes fully dressing up as Disney Characters.

The interesting difference here from other Disney Parks under The Walt Disney Company is that this is allowed for the entire duration of the Halloween Season, from September 14th (Wednesday) to October 31st (Monday), 2022 at the Tokyo Disney Resort. Several COVID-19 social distancing and mask rules are included as well.

The Tokyo Disney Resort has released its guidelines for the Halloween period, detailed here:

At both parks, Guests can enter in full Disney character costumes every day during the “Disney Halloween” period.

However, what’s less known is that Disney is implementing several strict guidelines for the costumes themselves at the Disney Parks, including what characters Guests are allowed to dress up as.

Characters you may dress up as

(2) Characters appearing in entertainment programs such as parades and shows at Tokyo Disneyland and Tokyo DisneySea (including past events), dancers and performers.

(3) Characters appearing in works distributed and distributed by Disney on the list of accepted works that costumes may come from.

Interestingly, the list of Disney characters’ costumes that are allowed very specifically state that Disney Park Guests headed to the Tokyo Disney Resort (whether it be Tokyo Disneyland or Tokyo DisneySea) are not allowed to dress up as the Marvel character, Spider-Man.

At the bottom of the list of Marvel Cinematic Universe (MCU) properties whose characters Guests may dress up as, is the explicit statement:

It’s possible that this restriction comes as a result of the fact that Sony still technically owns the Spider-Man property, having struck a famous deal with Marvel Studios to even produce the Marvel Cinematic Universe’s iteration of Spidey, in Tom Holland’s Peter Parker/Spider-Man.

As such, the status of Spider-Man at the Disney Parks themselves is constantly in question — it’s possible that Disney doesn’t have the license for Spider-Man at the Japanese theme parks in the Tokyo Disney Resort, as Universal Studios Japan is well-known for having a Spider-Man area and ride.

There is also the case of health and safety, with the Resort — like other Disney Parks — not allowing fully masked characters. Tokyo Disney Resort notes the following on their guidelines:

Please refrain from wearing costumes that cover the face (including costume make-up, fake scars or injuries and beards), that include sharp, long or dangerous objects or parts (such as real or imitation knives, swords, bow and arrows, guns, fireworks), that make it difficult to walk or that are overly revealing.

And it is not the first time an imposter dressed fully as the New York web-slinger has infiltrated a Disney Park.

Therefore, if you’re planning on heading to the Tokyo Disney Resort at all this Halloween, it’s important to double-check the list of accepted costumes — and if you want to do anything Spidey-related, perhaps it’s also best to keep your love for the web-slinging superhero relegated to a more subtle Disneybound.

What do you think of this costume restricting Spider-Man from the Parks? Share your thoughts below in the comments!

When it arrives next year, Park Guests will enter new themed land Fantasy Springs through an enchanted waterfall grotto, that opens into a magic-filled Port where Guests can find themselves visiting Peter Pan’s Neverland, Rapunzel’s Tower and Kingdom of Corona, and Anna and Elsa’s Arendelle: World of Frozen — potentially even check-in at a luxury hotel located right inside Fantasy Springs, too.