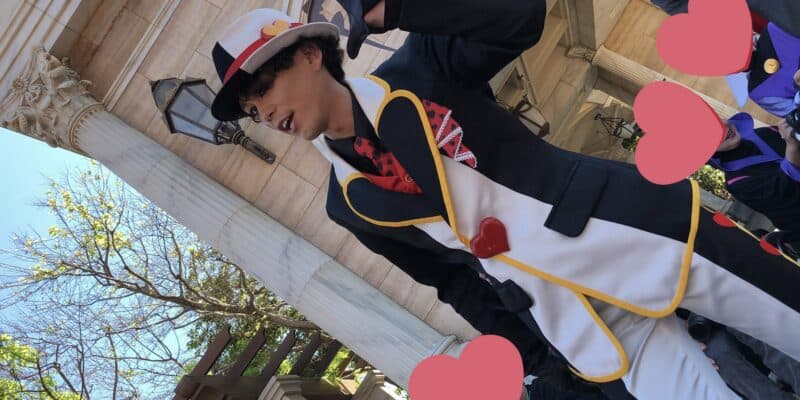 These fans can’t get enough of the newly re-debuted Disney Villain “minions” — while others are extremely worried.

Just this year, the Walt Disney Company and the Oriental Land Company’s joint partnership has led to the reintroduction of the (in)famous Disney Villain “minions” or “underlings”, during The Villains Rockin’ Halloween Parade, over at the Tokyo Disney Resort‘s Tokyo Disneyland theme park.

Social media is currently going crazy over these “hot” Villain underling Cast Members, and some are already predicting an increase in Park attendance at Tokyo Disneyland soon — with potentially dangerous results.

Could this be Disney subtly enhancing the Disney Villain presence at their theme parks, before the confirmation of Walt Disney World’s Magic Kingdom expansion, “Villains Land”?

Ah, damn… oh my god… the extent of my vocabulary has melted

While @atoyr0706 adds, posting a few candid shots of their own, of several of the Halloween Parade’s Villain “minion” Cast Members:

(translated) I seriously love it… more than hot, more than enthralling… I’m gonna be flying back and forth during this season like a demon….✨
#手下

＠lookat_mememe shared a bunch more pictures with the caption:

everyone is so hot

However, some Disney Parks fans expressed concern about the return of these much-loved characters, after their disappearance from the Tokyo Disney Resort theme parks, Tokyo Disneyland and Tokyo DisneySea a few years back.

(translated) I missed them…
But weren’t there a lot of issues a few years ago?
I wonder if this year will be okay

While @okd7293 also shared their worries along with a video recording of The Villains Rockin’ Halloween Parade, and one of the minions in question:

(translated) Isn’t it dangerous to revive the Villains’ minions? Will it get rough? ? #TDR_now

What these concerned Disney Park fans are referring to are several incidents that happened a few years ago.

This included fans of the Villain minions waiting over 600 minutes (yes, that’s ten hours) for a show in 2015, and taking up space at the popular Sailing Day Buffet restaurant located in Tokyo DisneySea’s American Waterfront “Port of Call” (what Tokyo DisneySea calls its Lands), which was around where the Villain minion interactive show would take place.

These “Minion fans” were also reportedly very inconsiderate Guests while at the Parks, who local Japanese Disney Park fans believed to be simply “internet fans” who were not “Disney fans” themselves, who flouted well-known Disney Park rules like finding out the individual Cast Members’ names and following their accounts, as well as attempting to camp overnight at the Parks.

Clearly, many Disney fans themselves are feeling mixed about their return, like @Ktosm0120:

I’m really sorry, but I’m afraid to go because I only have a scary image of the hardcore Minion fans. However it’s difficult to only listen to my favorite Minion on the shore [outside the Park], so I’ll adjust the schedule now [find time in my schedule to visit] ()

As the Halloween Season moves into full swing at the Disney Parks around the world, we can only hope that this time, fans visiting the Tokyo Disney Resort will treat Cast Members and other Park Guests with respect — as this is not the only time fans at Tokyo Disney Resort’s usually extremely-considerate Park have acted out of line.

What do you think of this “Villain Minions” situation? Share your thoughts in the comments below!