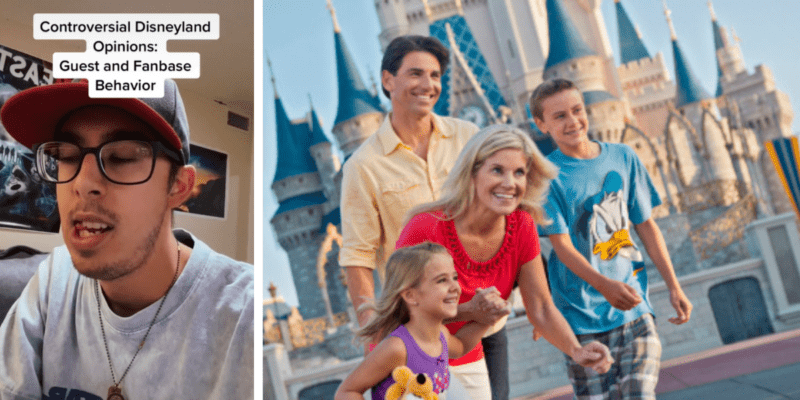 It’s not an easy time to be a Disney Parks fan. Many have been overwhelmingly unhappy with the state of the Parks since the promotion of Walt Disney Company CEO Bob Chapek and COVID-19 closures.

However, some Disney fans want other so-called Disney Adults to take a different perspective. Antonio (@mr_nick_wilde) shared a story we recently covered on overflowing trash cans at Walt Disney World Resort and said he was disappointed by fans’ reactions to this and other issues at the Disney Parks:

“I am not comfortable with the way other Disney fans and Disneyland Guests have been portraying the Parks recently… ever since you-know-who became CEO,” Antonio said, referring to Chapek. “I’m not obsessed with the Disney CEO like all of these other Disney fans are because I don’t pay attention to him. Because all I want to do as a Disney fan is just have a great time with family and friends whenever I’m in the Parks.”

“I feel like these so-called problems are being created by the Disneyland Guests and the fans themselves,” Antonio continued. “Say if a couple of your favorite attractions are broken down, or they’re just not operating for the day. So how about don’t dwell on it and go to other attractions that happen to be open? There’s plenty of other attractions that are open for you to enjoy. You have no idea what their maintenance staffing is like behind the scenes. You’re just another Guest. So why are you assuming that their maintenance team is absolutely terrible at doing their job?”

On the overflowing trash cans, Antonio said fans should appreciate the custodial Cast Members trying to make the best of difficult circumstances. “Please give them a godd*mn break.”

“Then there’s this completely unrealistic ideology that lowering the prices in the Parks will suddenly make everything better. The reality check is that it actually won’t make anything better,” Antonio said. “If the overcrowding situation is terrible now, go ahead and see what would happen.”

“If you dwell on those negatives too much, the experiences will continue to be ruined when they don’t have to be,” Antonio concluded. Many commenters agreed.

“I’ve only been to the parks after covid, 6 times to be exact, and I’ve had nothing but excellent experiences. No complaints whatsoever,” @dapperdanny21 wrote.

“I keep hearing ‘the magic is gone’ but I have had nothing but great experiences when I go,” @shanna_utmtravel said.

“Also if you hate Disneyland that much just don’t go? These people that complain too much could easily hit up knotts,” @maritzyy_ argued.

What do you think about the current state of the Disney Parks?