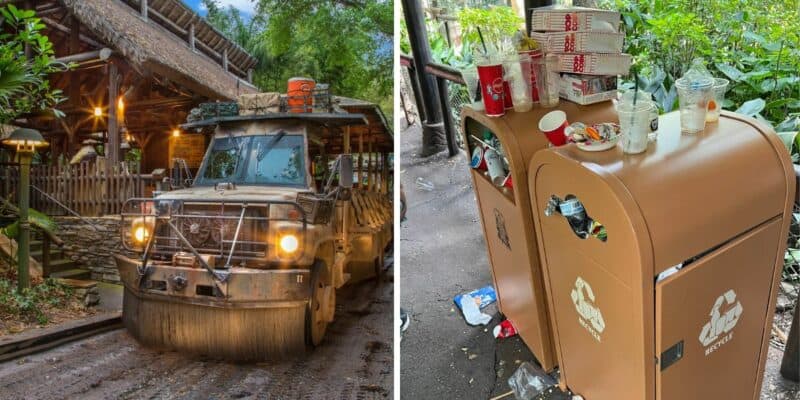 There’s no denying that the overall experience at The Walt Disney World Resort has changed since 2020. For instance, some Guests have found that merchandise quality has seemingly declined, while others are frustrated about the smaller portion sizes that are being served at select locations Resort wide.

However, quite possibly, the biggest problem that “The Most Magical Place on Earth” faces is staffing shortages.

According to a report from Attractions Magazine, many Disney Cast Members have either “quit or transferred out” of the Disney Parks sector of the company. As we reported a few weeks ago, Minnie Mouse’s character meet and greet at the Town Square Theater in Main Street, U.S.A. was removed from Magic Kingdom.

Thankfully, the characters can still be seen in the Disney Adventures Friend Cavalcade at Magic Kingdom, as well as in other Disney Parks.

These staffing issues have also affected the overall cleanliness of the Parks in general.

In the past few months, we have seen multiple examples of trash cans overflowing at the Parks and, recently, trash piled up at Disney’s Animal Kingdom, as you can see below in the photo below:

Twitter user @nakai_barnor shared the photo online, with the post quickly gaining hundreds of likes. Of course, on a property the size of Walt Disney World, Cast Members cannot be expected to pick up every piece of garbage, which is why trash cans are plentiful.

What was shown in the post above indicates that some Guests need to be more respectful and hang onto their waste until they reach the next trash can in the line.

Still, the amount of trash studded into these cans was immense and quite shocking for a Disney Park, especially for a trash can located inside a queue for an attraction.

Have you noticed that the Disney Parks are dirtier than normal? Or are they as clean as usual?