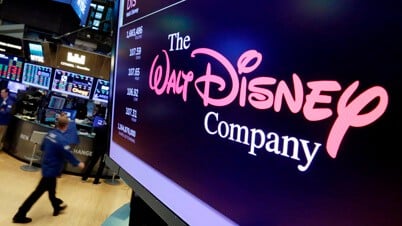 Next month The Walt Disney Company will report its fiscal fourth-quarter and full-year financial results for 2022. The Walt Disney Company must provide the general public with quarterly and annual reports because it is a publicly-listed firm. Whether you own Disney stock or not, these requirements give Disney fanatics and enthusiasts an opportunity each quarter of every year to hear directly about the latest updates from Disney executives.

Throughout this piece, we will discuss some details to pay attention to that could affect your next visit to any of the Disney Parks or your Disney+ subscription when Disney reports its latest results on November 8.

What Can You Find Out From Disney’s Latest Earnings Release?

So if you don’t own stock in Disney, why should you care about The Walt Disney Company’s upcoming quarterly report? As much as we may want to see a potential 5th gate in Walt Disney World, more premium content on Disney+, or new Disney Cruise Line ships, it has to make financial sense for Disney. After all, The Walt Disney Company is in the business of making money. Earnings releases allow the entertainment company to update Disney stakeholders on the progress of the projects and initiatives it’s currently pursuing.

Executives can also give us some not-so-good news. For example, on the 2021 4th quarter earnings call, we received word from CFO Christine McCarthy that Disney would consider cutting portion sizes because of the impact of inflationary pressures. “We can adjust suppliers. We can substitute products. We can cut portion size, which is probably good for some people’s waistlines. We can look at pricing where necessary,” McCarthy said. Will we hear something like this on the next earnings call? You’ll have to tune in to find out.

What To Keep An Eye On?

Streaming, streaming, and more streaming. The one metric most important to investors currently about The Walt Disney Company is if the company is still on pace to meet The Walt Disney Company management’s long-term streaming subscriber guidance. In December 2020, the company provided guidance where Disney executives projected it would reach 230 to 260 million subscribers worldwide for Disney+.

Those figures were revised lower by 15 million subscribers in August of this year to a new range of 215 to 245 million after Disney+ failed to renew Indian Premier League rights. Ironically, after the company announced that it lowered its streaming subscriber outlook, its shares rose nearly 10.5% in the next few trading days, signaling that investors on Wall Street may have feared an even more significant cut to the streaming view. For this upcoming quarter, shareholders expect The Walt Disney Company to add 9 million Disney+ subscriptions.

The other area of focus for investors will be how the leadership of The Walt Disney Company continues to deal with the headwinds concerning inflation. As reported by Inside the Magic earlier this month, Disney has responded to the pricing pressures by passing those costs directly onto theme Park Guests. The question to be answered here is if those price increases will ultimately result in a lower sales volume and affect Disney’s bottom line. According to FactSet, the Walt Disney Company will generate revenues of $21.34 billion and earnings per share of $0.58 for the upcoming quarter.

In addition, The Walt Disney Company will also have to fight the narrative of a potential economic contraction. A recession would undoubtedly affect the consumer’s ability to book future vacations such as week-long Disney Cruise Line itineraries or premium upgrades at any of its Walt Disney World or Disneyland Resorts.

It could also hurt The Walt Disney Company’s ability to display superior pricing power within its traditional linear media advertising outlets. When Disney reports its financial results next month, we will be able to see if any of these macroeconomic forces are influencing the company’s performance.

Why It’s Tough To Bet Against Disney?

As we quickly approach the 100th-anniversary celebration of The Walt Disney Company, Disney has proven over and over again that its collection of renowned brands and superior intellectual property is almost impossible to replicate. Disney is an iconic franchise and touches virtually every household in some shape or way throughout the United States and the world.

With this in mind, some major investors have taken notice. For example, the Chief Investment Officer of Third Point Investors Limited, Daniel Loeb, recently informed his investors that he’d reinitiated a significant position in The Walt Disney Company when the stock price retested its pandemic lows earlier this year.

Mr. Loeb’s said in his most recent investor letter, “The company remains early in its Direct to Consumer (“DTC”) transition with a leading market position, and yet the current stock price ascribes negligible value to the streaming business.”

However, Mr. Loeb believes that the stock has performed poorly because investors on Wall Street remain skittish about the terminal economics of streaming. He also stated, “We believe Disney has ample means to rationalize costs across its operating platform and deliver targeted content for home viewing that does not entail the same cost structure of exclusive theatrical releases.”

Outside of streaming, other longer-term opportunities can serve as potential positive catalysts for The Walt Disney Company. These include an entry into the digital sports betting market and an expansion in Theme Park’s operating margins due to the rollout of Disney Park’s Genie+ technology.

There is a lot of information and details to pay attention to when The Walt Disney Company reports its results on November 8. Will Disney be able to beat Wall Street expectations, and how many streaming subscriptions will Disney+ reach? Even though there are investors out there who believe The Walt Disney Company will prevail, many other investors still have questions. Remember to listen next month to find out all the latest updates!

What are you most excited about Disney’s next earnings call? Please drop us a comment below and let us know!

Disclosure: Inside the Magic has no stock, option, or similar derivative position in any of the companies mentioned. Inside the Magic does not have any business relationships with any company whose stock is mentioned in this article.

Additional disclosure: The analysis is provided exclusively for informational purposes and should not be considered professional investment advice. Before investing, please conduct in-depth personal research and utmost due diligence, as there are many risks associated with the trade, including capital loss.