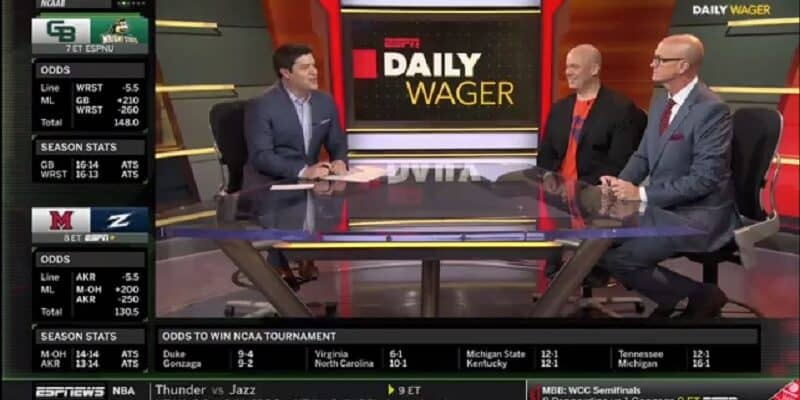 A few weeks ago, reports began to surface that The Walt Disney Company was nearing a deal with online sports gambling giant DraftKings Inc., according to officials familiar with the negotiations.

The exclusive partnership would clear the way for the media mogul to take advantage of the growing wave of legalized online sports betting, according to the sources that could not be identified publicly. The partnership’s structure and details have yet to be set in stone.

Over the past few years, traditional media companies have been looking for several ways to cash in on the online sports betting segment as more states within the United States continue to legalize sports gambling. Many TV networks, including the family of networks that The Walt Disney Company owns, have seen a flood of advertising dollars from sportsbooks in competition with each other to sign up new bettors.

In an interview recently, ESPN’s Chairman Jimmy Pitaro told Bloomberg News that the sports media behemoth wants to “eliminate friction” for bettors. Mr. Pitaro also stated during that same interview, “we know that sports fans are craving, not just more sports betting content, but the ability to place bets seamlessly from their online digital sports experiences.”

The Walt Disney Company is a company known for wholesome family characters like Mickey Mouse and Snow White, and historically past management teams at Disney have long shunned gambling. In the past, Disney has refused to put casinos on its cruise ships or license its characters to slot machine manufacturers. But with the explosion of sports betting across the United States, that attitude has begun to change.

What do you think of this story? Let us know in the comments.