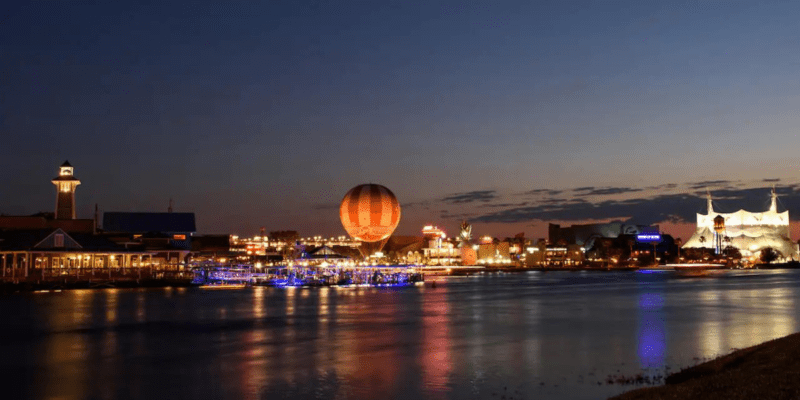 An exclusive Disney event completely sold out in minutes, leaving thousands of expecting Guests out of the experience.

It is no secret that Walt Disney World has consistently seen its crowds grow exponentially since the Orlando theme park reopened in 2020. Disneyland Paris and Disneyland Resort have seen a similar increase in their attendance, respectively, making the Parks reach high wait times and affecting Guests’ experiences while visiting the Disney Parks.

This increase in attendance has extended to the exclusive Disney events that take place at the Parks, including Oogie Boogie Bash at Disneyland Resort, Mickey’s Not-So-Scary Halloween Party, and Mickey’s Very Merry Christmas Party at Walt Disney World Resort, with tickets to these experiences selling out in under 24 hours. A recently announced Disney event was not the exception, as Disney had to share an official update just 30 minutes after registration for the experience opened.

Sign up for a chance to attend our “Black Panther: Wakanda Forever” Opening Night Event at Disney Springs! http://spr.ly/6017MazPl

Sign up for a chance to attend our “Black Panther: Wakanda Forever” Opening Night Event at Disney Springs! https://t.co/rILvt93QSD pic.twitter.com/KpYpZGQoGL

This special opening night viewing of Black Panther: Wakanda Forever will take place on November 10, 2022, at the AMC Disney Springs 24 theater in Disney Springs. While this special meet-up sounds exciting, especially for fans of the Marvel Cinematic Universe, the experience had limited availability, allowing a controlled number of registrants and one Guest to attend the meet-up.

Due to the high popularity of the film, and the thousands of fans eager to journey back to the legendary country of Wakanda, available registration spots for this exclusive event flew in a matter of minutes, as Disney Parks (@DisneyParks) shared an update barely 30 minutes after the initial announcement, commenting that the entry period for this event had closed.

UPDATE: The entry period for this event has closed. Keep your eye on the Disney Parks Blog for future opportunities!

UPDATE: The entry period for this event has closed. Keep your eye on the Disney Parks Blog for future opportunities!

Disney didn’t state the number of spots available for this event, but clearly, the demand to attend the opening night event was extremely high.

Following the wake of King T’Challa’s death, Queen Ramonda, Shuri, M’Baku, Okoye, and the Dora Milaje fight to protect their nation from intervening world powers. Together, our heroes must embrace their next chapter and forge a new path for the kingdom of Wakanda. The film is directed by Ryan Coogler and produced by Kevin Feige and Nate Moore.

Attendees are invited to wear their favorite Black Panther or Avengers costume or attire but are urged to adhere to Disney World’s dress code policies, including costume policies. You can click here to read the rules for this event.

Were you able to register for this exclusive event? Would you like to see Disney opening additional spots for it? Share your thoughts in the comments below!