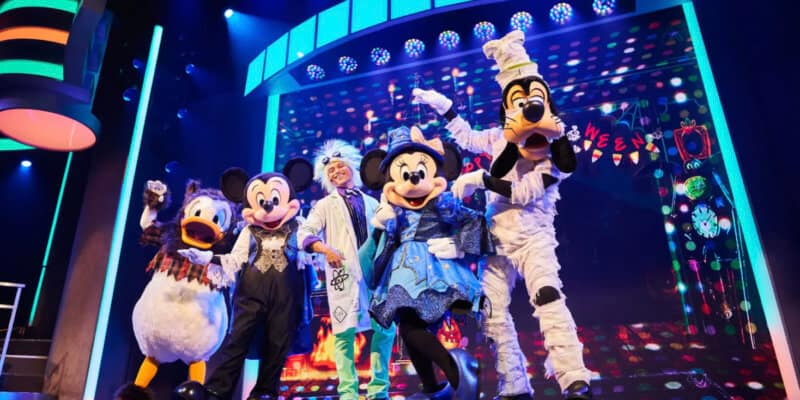 Now, it has been confirmed by Instagram theme park reporter Gothic Rosie that tickets for the Disney California Adventure Park event have sold out. She updated her original post about available dates to read:

Related: Inside the Magic of Mickey’s Not So Scary Halloween Party at Walt Disney World

In addition to Oogie Boogie Bash — which is set to feature new characters in addition to standbys like Mickey Mouse, Minnie Mouse, Goofy, and Nightmare Before Christmas’s Jack, Sally, and Oogie Boogie (of course!) — on the West Coast, Disney Parks are welcoming the return of Walt Disney World Resort’s Mickey’s Not-So-Scary Halloween Party for the first time since the property’s pandemic-related closure in 2020.

Your ticket also lets you enjoy Disney California Adventure Park for up to 3 hours before Oogie Boogie Bash – A Disney Halloween Party begins. Once the party starts at 6:00 PM, you’ll be treated to 5 hours of shindig shenanigans—including special Halloween-themed entertainment, attractions, Character sightings and more.

So, whether you’re a poised princess, galactic defender or fearless hero, there’s something incredible for all. Choose a date from 24 exciting nights—as ticket availability is limited, be sure to get yours while supplies last!

Remember that at this time, additional Oogie Boogie Bash ticket availability has not been confirmed.

Did you snag a ticket to Disneyland’s Halloween extravaganza?