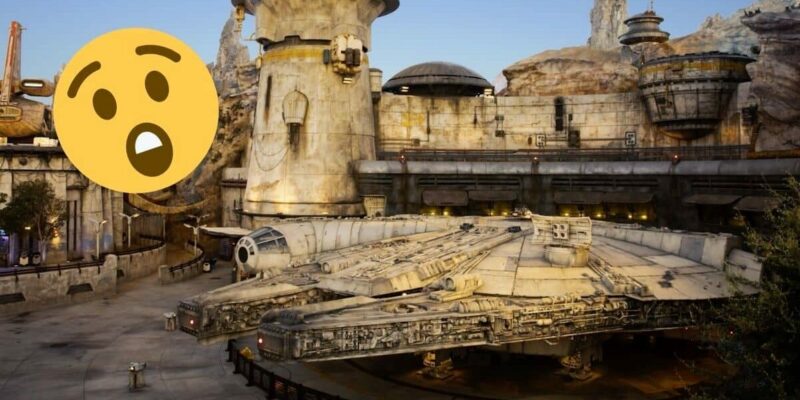 Disney Parks across the globe are the perfect place to propose for fans of the Disney empire. Whether it is a love for nostalgia, for Star Wars, the superheroes at Avengers Campus, or just the magic of sparkling castles, Disney Resorts worldwide are a hub of love, where couples can unite and celebrate each other all with the backdrop of a Disney theme park.

In fact, one recent proposal at the Disneyland Resort in Anaheim, Southern California went viral on social media after it seemingly shut down Star Wars: Galaxy’s Edge.

Disneyland Resort, Walt’s playground, and the birthplace of the Disney Parks brand is the center of the universe for many. A hive of magic, pixie dust, and that ever-glowing essence of nostalgia, Disneyland attracts millions of visitors each year. There are two theme parks, Disneyland Park and Disney California Adventure Park, the Downtown Disney District, and three on-site hotels. While smaller than its fellow U.S. counterpart, Walt Disney World Resort in Orlando, Florida, Disneyland’s charm cannot be found anywhere else — even with so many changes in recent years.

One of the newer additions to Disneyland Resort is the Star Wars: Galaxy’s Edge land at Disneyland Park. The Black Spire Outpost of Batuu arrived just over three years ago and gave Star Wars fans a home in the galaxy far, far away. Boasting two rides, Millennium Falcon: Smuggler’s Run and the Star Wars: Rise of the Resistance attraction, as well as places to build lightsabers and droids, and even the local watering hole, Oga’s Cantina, Galaxy’s Edge is a true feat of Walt Disney Imagineering.

It’s the perfect place for fans of George Lucas’s franchise to have fun, dress up, wield and lightsaber, and even get engaged. That is what happened just recently at the Black Spire Outpost at Disneyland when a Guest got down on one knee in front of Han Solo’s beloved starship and asked his girlfriend to marry him, all with the help of a Disney Cast Member and a roaring crowd.

The moment was shared by Disney Parks on TikTok. The company said:

The only acceptable reason to drop your lightsaber

The only acceptable reason to drop your lightsaber 🥹✨(via: @Naty Madrigal )  #StarWars #GalaxysEdge #Proposal #DisneyWorld

The Guest, who can be identified as Naty Madrigal — the original owner of the video, is seen posing for photos with a Disney Cast Member wielding a red lightsaber, while in the background her boyfriend drops to one knee. The Cast Member then says, “Turn to the Falcon”, and when the Guest does, she gets the surprise of her life. Casting her saber aside (ouch!), Ms. Madrigal embraces her beau while the streets of Batuu cheer in joy. It’s a loud response from the crowd which goes to show just how special a Disney proposal can be.

While many relished in the joy of the Galaxy’s Edge-themed proposal, some in the comments were quick to point out the lightsaber drop, noting that a Disney lightsaber, which can be made at Savi’s Workshop — Handbuilt Lightsabers, retails at $249.99 plus tax. But hey, who can put a price on love?

Have you ever been part of a proposal at a Disney Park? Let us know in the comments down below!