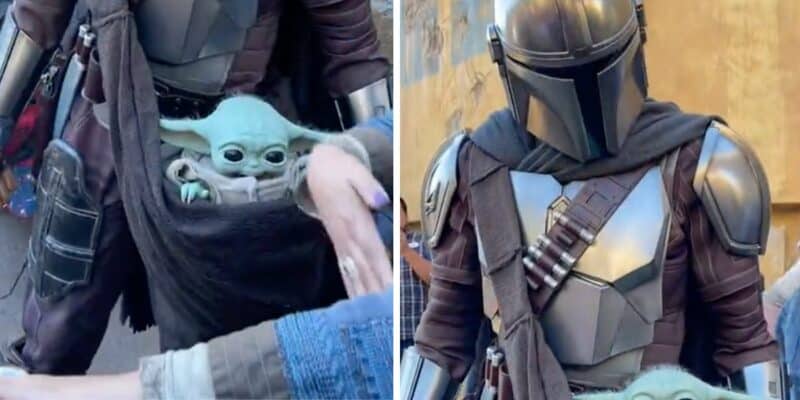 After years of waiting, fans will finally be able to meet Din Djarin, The Mandalorian, and Grogu, Baby Yoda, at Disney! Well, at least on the West Coast for now. Starting just a few days ago, all of these characters from Disney’s hit series, The Mandalorian, are now physically located in Star Wars: Galaxy’s Edge at Disneyland in Anaheim, California.

Back in September, Jon Favreau joined Josh D’Amaro, Chairman of the Disney Parks, on the stage at 2022’s D23 Expo presentation to announce the highly anticipated arrival of these new characters.

However, things were a little hectic during the grand reveal of the character at Disneyland. As you can see in the video below, Guests were crowding around the new character, leaving Cast Members no choice but to command Guests to “stay back.” You can check out the full video down below:

#themandolorian has debuted at #disneyland #starwars

The Cast Members who portray these characters are incredibly talented and are super quick with their ability to interact with Guests. Although there is a high amount of training Cast Members go through, it’s always a struggle to anticipate what Guests will do upon meeting them.

It is incredibly important to remember to respect Cast Members even while they’re portraying your favorite characters from Star Wars, Marvel, or any other Disney franchise or property. Guests are constantly reminded to manage their excitement when around the performing Cast Members, but unfortunately, some just cannot help themselves.

Unfortunately, this means that some experiences aren’t as immersive as they could be, due to the rules put in place by Disney or, in this case, the commands from Cast Members to “stand back.” Hopefully, as the initial excitement regarding these characters dies down, Guests will be able to get a closer look.