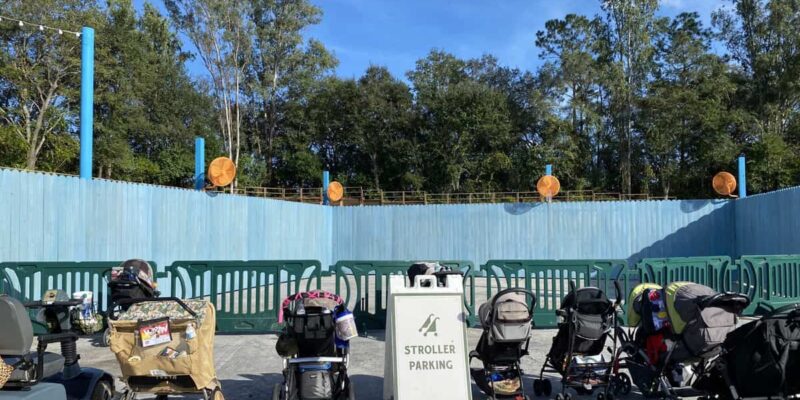 Things are always changing at The Walt Disney World Resort. Whether you’re visiting Magic Kingdom, Hollywood Studios, EPCOT, or Animal Kingdom, there’s always something new to look forward to. And speaking of Disney’s Animal Kingdom, Disney officially shut down a small yet unique location at one of the Parks.

Dino Diner could be found at the DinoLand U.S.A. section of the Park, offering delicious treats to Guests hungry for some ice cream.

Guests could also chomp down on some churros with chocolate sauce or get their claws on dino drinks like ice-cold sodas and frosty frozen lemonade—all served from a playful, old-time trailer.

Earlier this year, Guests noticed that carts and shrubs had been positioned around the quick-service restaurant, indicating it may have been undergoing a refurbishment.

However, when checking the website today, the page is entirely blank. The location can not be found on the new Animal Kingdom Park maps or the digital map on the My Disney Experience app.

This year also marked the removal of Primeavil Whirl, an infamous attraction at Animal Kingdom.  Disney has not made a statement or announcement regarding the location at this time but considering what the company revealed about its plans with DinoLand U.S.A. at the 2022 D23 Expo, this closure may be an indicator of things to come.

For those who may not know, Josh D’Amaro, Chairperson of Walt Disney Parks and Resorts, informed Guests that DinoLand, U.S.A., could be completely reworked in an upcoming project.

Nothing was confirmed, nor were there any dates or specific themes given, but concept art was revealed from the “blue sky” idea. “Blue sky”  is basically a design process that allows Disney Imagineers to think outside the box and not worry about budgets, not yet, at least.

It is worth noting that, at this time, Disney World officials have not confirmed what will replace the Primeval Whirl Wild Mouse-style ride or if Dinoland, U.S.A. will be rethemed at any point in the near future. For now, Guests can continue to visit the area where carnival games, the Restaurantosaurs quick service location, and the Triceratops Spin ride are all available.

Would you like to see this area reimagined or stay the same?