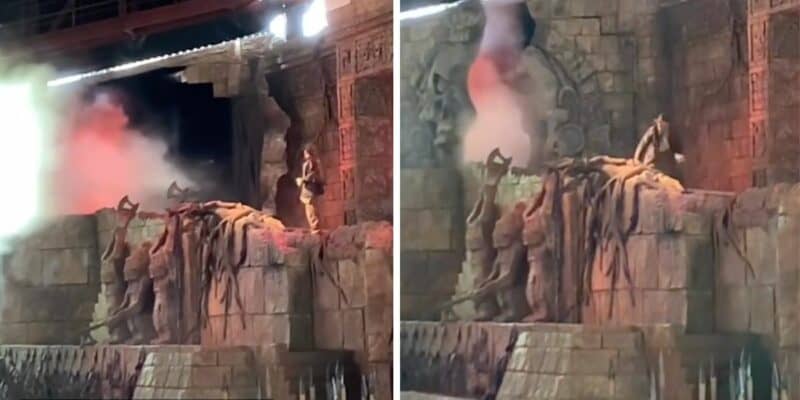 Snakes, why couldn’t it have just been snakes?

Related: Toy-Themed Performers Return to Disney World For First Time in Over 2 Years

Disney Guests have a ton of entertainment options to look forward to and enjoy while visiting the Walt Disney World Resort.

Whether it’s riding thrilling attractions like Splash Mountain and Rock ‘n’ Roller Coaster or enjoying fun and inventive shows like Fantasmic! and all of the fun parades that take place, there is so much fun to be had while at Walt Disney World. And speaking of shows, one of my and many Guests’ favorites can be found at Disney’s Hollywood Studios.

Related: Resellers Inflate Cost of New Disney Merchandise By Over 100%

While Disneyland may have an entire ride based on the Indiana Jones franchise, Walt Disney World has an exciting and very unique stunt show involving the man himself.

The Indiana Jones Epic Stunt Spectacular is an incredible and exciting show that places Guests right into the Indiana Jones film series as well as a real-life Hollywood set, letting audiences participate in film production.

The show is amazing and showcases the talent of all the cast and crew. However, with this being a live show involving very real and dangerous stunts, sometimes things don’t always go to plan.

In a video shared to TikTok, you can watch as the performer playing Indy is left speechless following a malfunction with the infamous boulder:

This is the first time I’ve seen this show go wrong. The giant boulder is supposed to come out right after the doors open, but fails on the first take. You can see the actor’s confusion. The second clip is how it’s supposed to go

As you can see, the boulder never makes it out of the giant doors and, thus, leaves Indy standing there without a clue as to what;’s going on. Of course, these performers are trained to handle every situation, whether things go to plan or not.
Disney describes the show as follows:

Have you ever witnessed a malfunction during this stunt show?