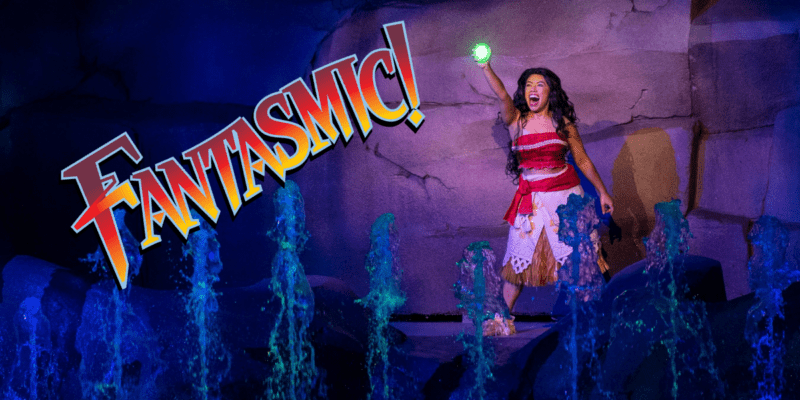 Late last month, we confirmed that Fantasmic! would return to Disney’s Hollywood Studios at Walt Disney World Resort on November 3. But the show’s long-anticipated revival is bringing some changes.

Disney has shared a first look at the new scenes added to Fantasmic! at Disney’s Hollywood Studios. The show makes its official return on Nov. 3.

Disney has shared a first look at the new scenes added to Fantasmic! at Disney's Hollywood Studios. The show makes its official return on Nov. 3. pic.twitter.com/0aSRyskVag

The first images feature Moana, Mulan, and Pocahontas in her all-new scene, replacing the decades-old scene many considered controversial for its depiction of Native Americans. Gustin also shared four more images from the Disney Park:

Here are some other Fantasmic! promo images released by Disney earlier today:

Here are some other Fantasmic! promo images released by Disney earlier today: pic.twitter.com/QAyuOXXZAP

These promo images feature the scenes we all know and love, such as Mickey Mouse shooting fireworks out of his gloves and Maleficent looming over her cauldron.

Fantasmic! has been a beloved part of the Disney Parks experience for decades. It’s changed over the years, but one thing has remained the same: the magic. From Disney: