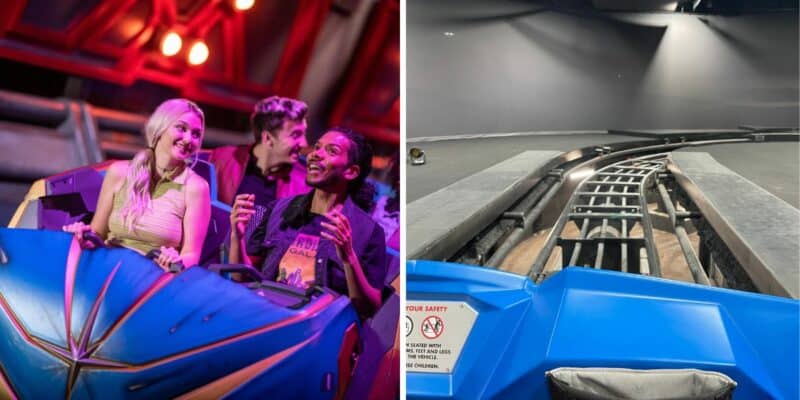 The Walt Disney World Resort is constantly changing and ever-evolving. Guests can always expect something new to experience when visiting, especially if it’s been a few years since their last visit.

From Magic Kingdom, EPCOT, Hollywood Studios, and Animal Kingdom, there’s always something new waiting for Guests, though with attractions like Disney’s upcoming TRON roller coaster, the wait may be a tad bit longer than expected.

The newest and most exciting addition at “The Most Magical Place on Earth” can be found at EPCOT. Guardians of the Galaxy: Cosmic Rewind is a thrilling and unique attraction and is EPCOT’s first roller coaster.

This attraction features the first-ever reverse-launch on a Disney coaster and is one of the largest fully-enclosed coasters in the world! A new innovation from Walt Disney Imagineering—this coaster rotates 360 degrees so you can focus on the action!

Since opening, the ride has proved to be very popular as it offers a thrilling yet fun experience for the whole family, although a lot of Guests have reported issues with motion sickness after coming off the ride.

Thankfully, this issue has seemingly been noticed by Disney, as a new effect has been put in place.

You can check out a video of this new effect thanks to a tweet from reporter Scott Gustin (@ScottGustin):

If you ride Cosmic Rewind at EPCOT, you might notice a new bright flash on screen during the Big Bang moment. The effect enhances the “bang” moment and forces your eyes adjust to the light, making the room seem darker during the backwards launch.

If you ride Cosmic Rewind at EPCOT, you might notice a new bright flash on screen during the Big Bang moment.

The effect enhances the “bang” moment and forces your eyes adjust to the light, making the room seem darker during the backwards launch. pic.twitter.com/uAsMu7RNZQ

As you can see, a new bright light effect is a part of this scene. This new effect supposedly tricks your eyes into thinking this room is a lot darker than it actually is, thus showing off less of the room. Here is a comparison of the same scene before the new effect was added and after:

This effect works in a similar way to the beginning of Avatar – Flight of Passage in Animal Kingdom. There, a bright light flashes quickly, distracting you and your eyes from the moving walls.

It’s a surprisingly simple effect but one that works incredibly well.

Have you had a chance to experience this new ride yet?