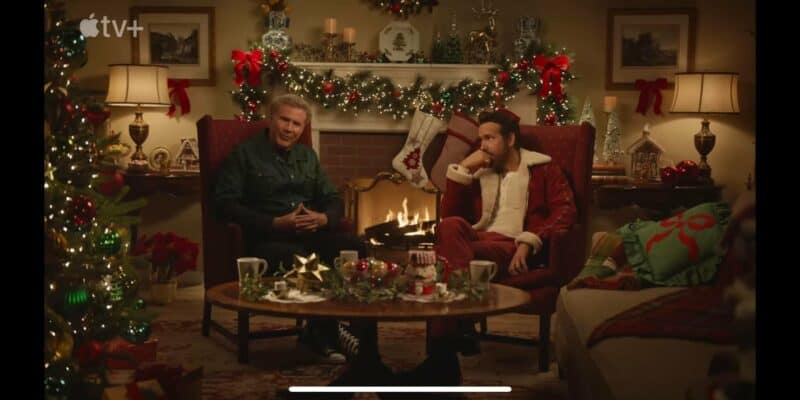 Actors Will Ferrell and Ryan Reynolds have come together to send out a disclaimer for their new movie Spirited.

There seems to be some confusion on exactly what this movie is, and the actors themselves want to clarify a few things.

Firstly, Spirited is a comedic musical adaptation of Charles Dicken’s masterpiece, “A Christmas Carol”. It stars Will Ferrell as Christmas Present and Ryan Reynolds as Clint Briggs.

The movie takes a twist after “the level 20 pain in the dickens”, Clint Briggs, makes Christmas Present reexamine his own past, present, and future.

Will Ferrell and Ryan Reynolds popped on to YouTube to discuss some of the problems they are facing with the movie and to discuss some disclaimers they feel need to be addressed.

Ryan starts off by showing his fear of being in a Will Ferrell Christmas movie. Especially one that is not Elf. Ferrell reassures Reynolds that the audience is not expecting Elf.

Ryan quickly retorts with, “Yes they are! And instead, they’re getting a musical from two guys with questionable pitch.”

I’m pretty sure this video of Ryan’s debunks the questionable pitch.

Late to the Grace Kelly trend but way early for our movie musical. I ❤️ duets. (And Mika)

Ferrell suggests that a few simple disclaimers might be good to give the audience before they see the movie.

This is just one of the Christmas movies/shows coming out this holiday season.

We also have Falling for Christmas, Best in Snow, The Santa Clauses, A Christmas Story Christmas.

Here is Ferrell and Reynolds official disclaimer for their new movie Spirited.

Which Christmas movie are you looking forward to most?