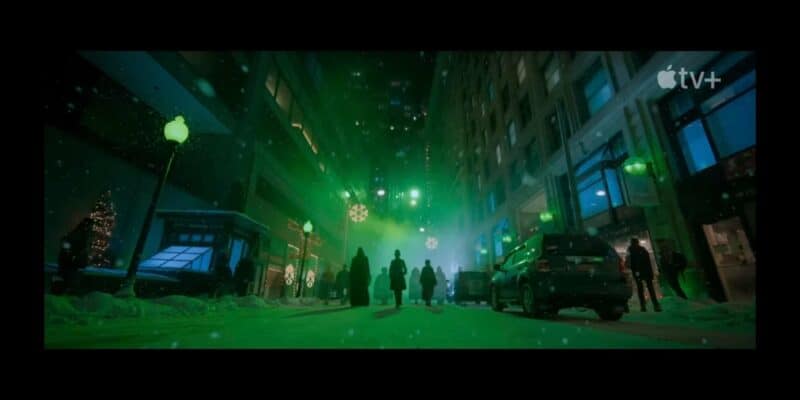 An official trailer for Spirited has arrived.

Just in time for the holiday season, this movie is a comedic musical adaptation of Charles Dicken’s masterpiece, “A Christmas Carol”.

Apple TV+’s full trailer was released on Wednesday giving fans an even closer look at this newest adaptation to Dicken’s classic.

The movie stars Ryan Reynolds as Clint, Will Ferrell as Christmas Present, and Octavia Spencer as Clint’s Executive VP.

At the beginning of the trailer, the Ghost of Christmas Past is seen swearing off helping Clint after being annoyed by him, telling Ferrell’s character, “The guy is a level 20 pain in the Dickens.”

However, Ferrell’s character is unfazed and continues trying to help, even after Reynold’s character tells him point blank, “People don’t change.”

“Each Christmas Eve, the Ghost of Christmas Present selects one dark soul to be reformed by a visit from three spirits,” reads an official synopsis for the film. “But this season, he picked the wrong Scrooge.”

“Clint Briggs turns the tables on his ghostly host until Present finds himself reexamining his own past, present and future,” the synopsis adds. “For the first time, A Christmas Carol is told from the perspective of the ghosts in this hilarious musical twist on the classic Dickens tale.”

Reynolds has some major character building to do this season, and Ferrell is here to help however he can.

“I’m here to change him to be a more positive force for humanity,” Ferrell’s ghost tells Octavia Spencer’s character — who Present is later revealed to have a crush on.

Are you excited to watch this remade classic? Let us know in the comments.