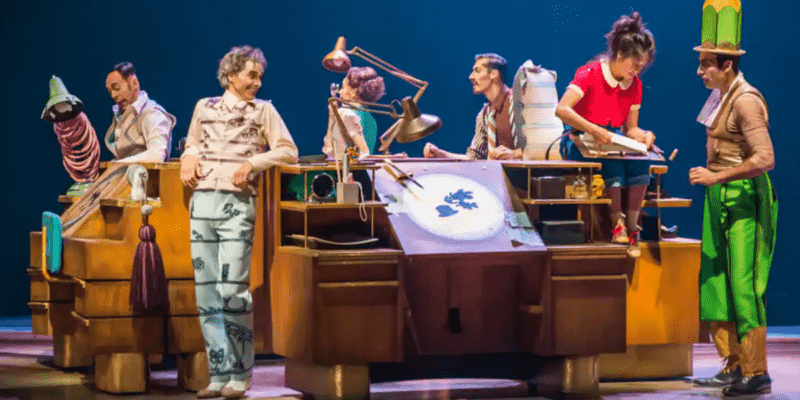 One of the best parts of visiting Walt Disney World Resort is the world-class entertainment. But did you know you can see a breathtaking circus-style show without ever stepping into a Disney Park?

At Disney Springs, Drawn to Life presented by Cirque du Soleil celebrates the magic of the 50th Anniversary of Walt Disney World Resort and the child that lives inside all of us. This ticketed performance features jaw-dropping acrobatics and theatrical memories to last a lifetime!

Unfortunately, some Cirque du Soleil Guests this week got a different kind of lifelong memory. Reddit user u/disneybelle was waiting for Drawn to Life to begin when the fire alarm went off and all Guests were evacuated from the theater.

Related: Possible Cause of Fire at Magic Kingdom Revealed

“The way the cast members were awesome and we were evacuated quickly and safely,” the Guest recalled. “We found out after the evacuation that the building was fine, and it was a popcorn machine getting too hot. We were allowed back inside and finished our show.”

Thankfully everyone was safe and got to see Cirque du Soleil perform!

This special Cirque du Soleil performance, located at West Side in Disney Springs, is a special celebration of Walt Disney World Resort’s 50th Anniversary. Dining packages are available. From Disney:

Watch in wonder as the beauty of Disney animation blends with the thrilling spectacle of Cirque du Soleil!

Have you ever been evacuated from a Disney Parks show or attraction?