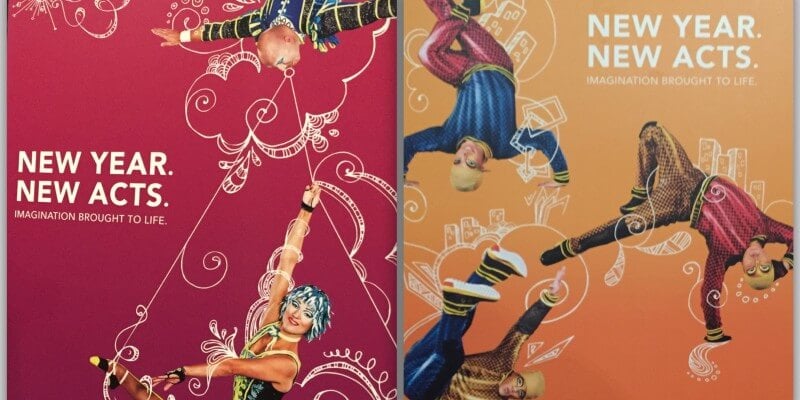 When you hear that a show has hit a milestone of entertaining 10 million guests, it’s an impressive eye-opening accomplishment. But when it’s Cirque du Soleil, it should come as no surprise. Just recently the long running contemporary circus performance ‘La Nouba’ hit that number as the show celebrates a reinvigoration with new acts hitting the stage and skies above.

When the show first debuted at The West Side of Disney Springs (formerly Downtown Disney) in late 1998, it was built as a permanent installation. The theater was state of the art and the performers were cast from all points around the globe, and the emotions felt throughout the audience were inspiring and heartwarming. It’s a show that evokes wonder and awe, with heart-stopping feats of acrobatic mastery. You’ll even experience a few tense moments where a hush falls over the theater; the audience holding their breath as they becomes entranced with the unbelievable performance unfolding before their very eyes. That’s when you know you’ve arrived to a place you won’t soon forget. 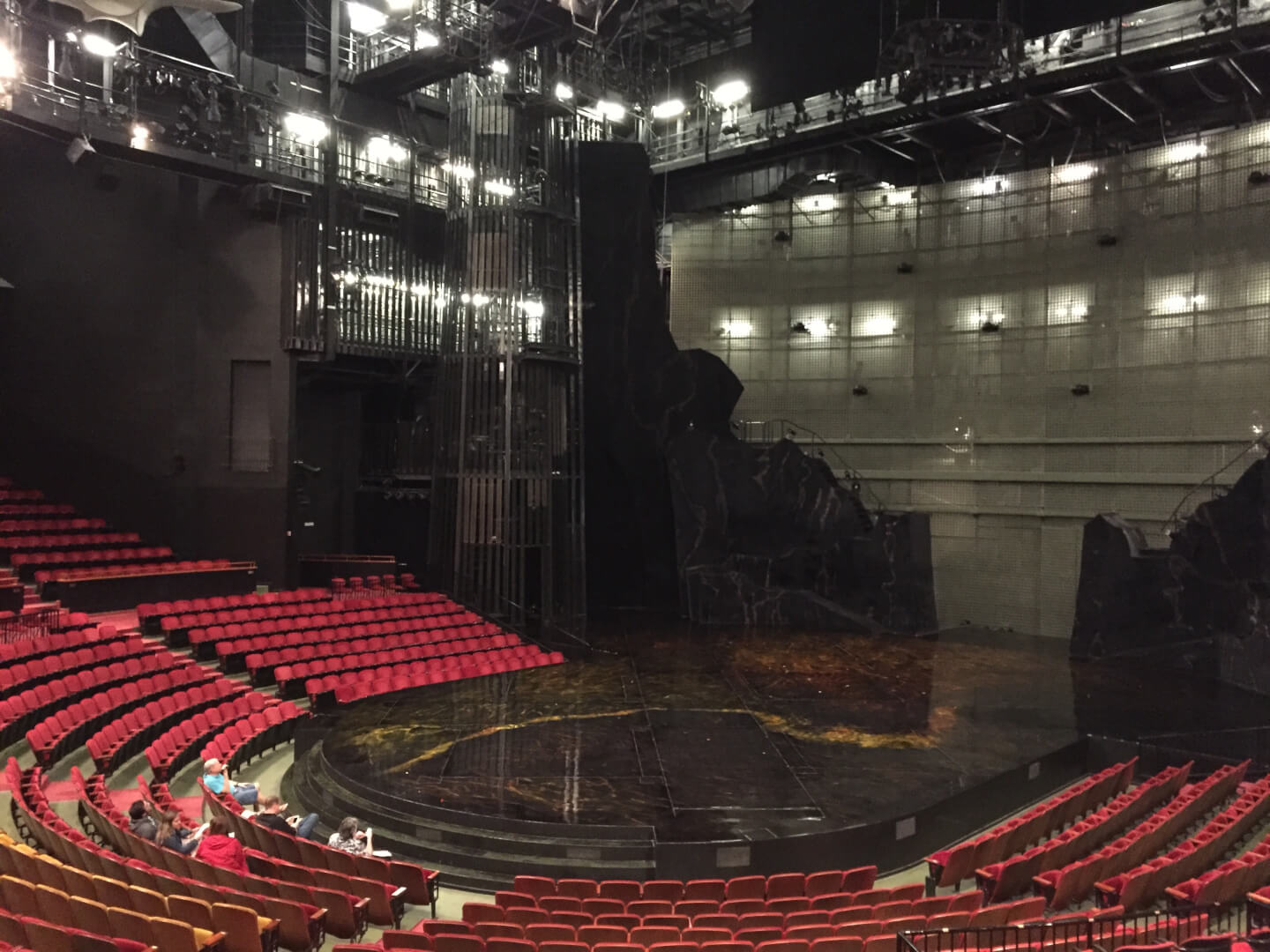 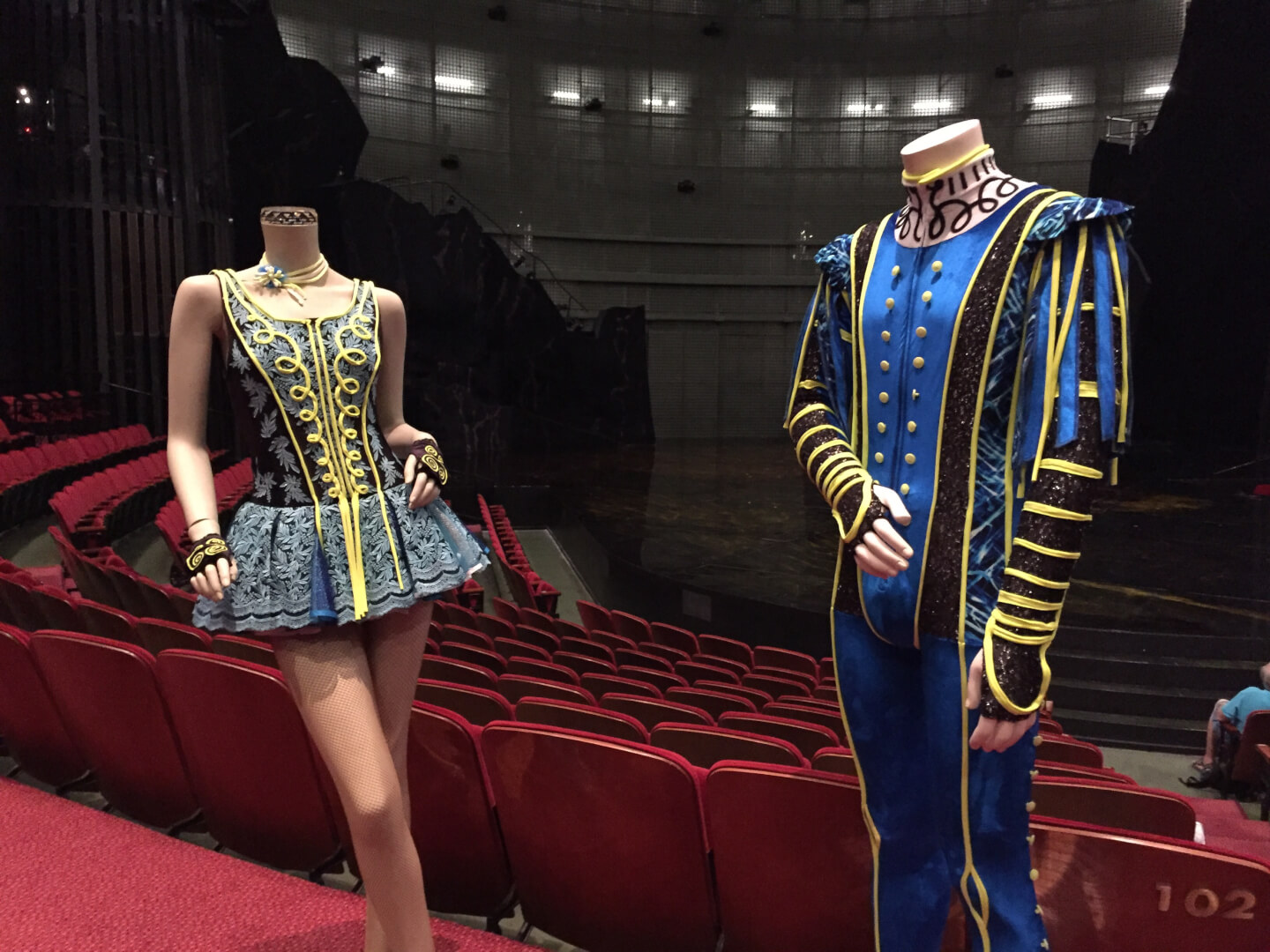 As the close of 2015 approached, Cirque had been planning to introduce a few new acts to freshen up the show by years end. Out with the old went the high wire balancing act and the jump rope duo, and in with the new came the aerial bamboo duo Alexander and Ekaterina Abramov and B-Boys Josh Ortiz, Jean Carlos Lloret and Dmytro Li. For the first time in Cirque history, a b-boy (breakdancing) introduced to a shows lineup in any way. There’s choreographed dancing, but never anything to the likes of street dancing as portrayed in La Nouba. The trio was sought out after an extensive search by a talented casting team and finalized to the three you’ll meet in the video below. 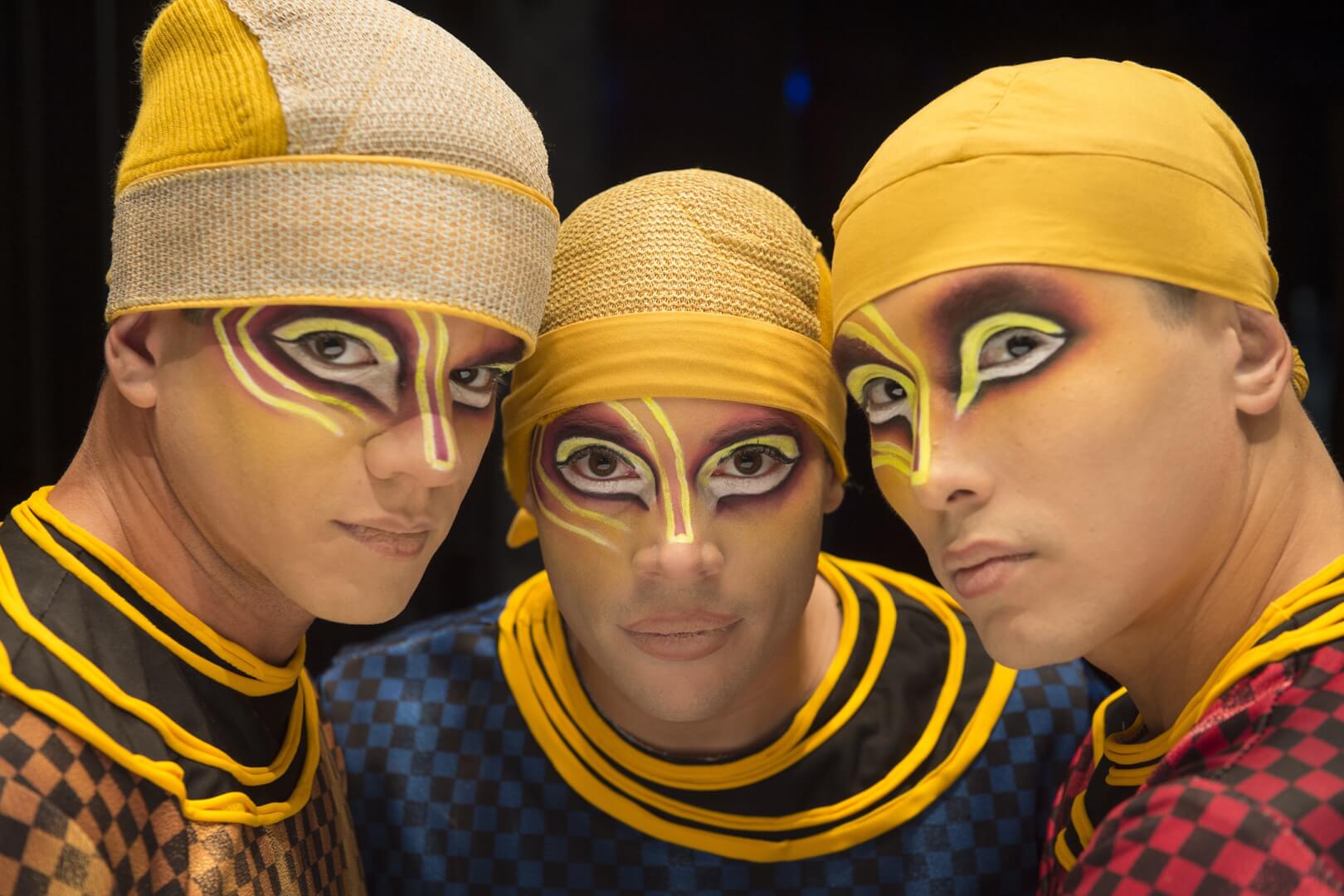 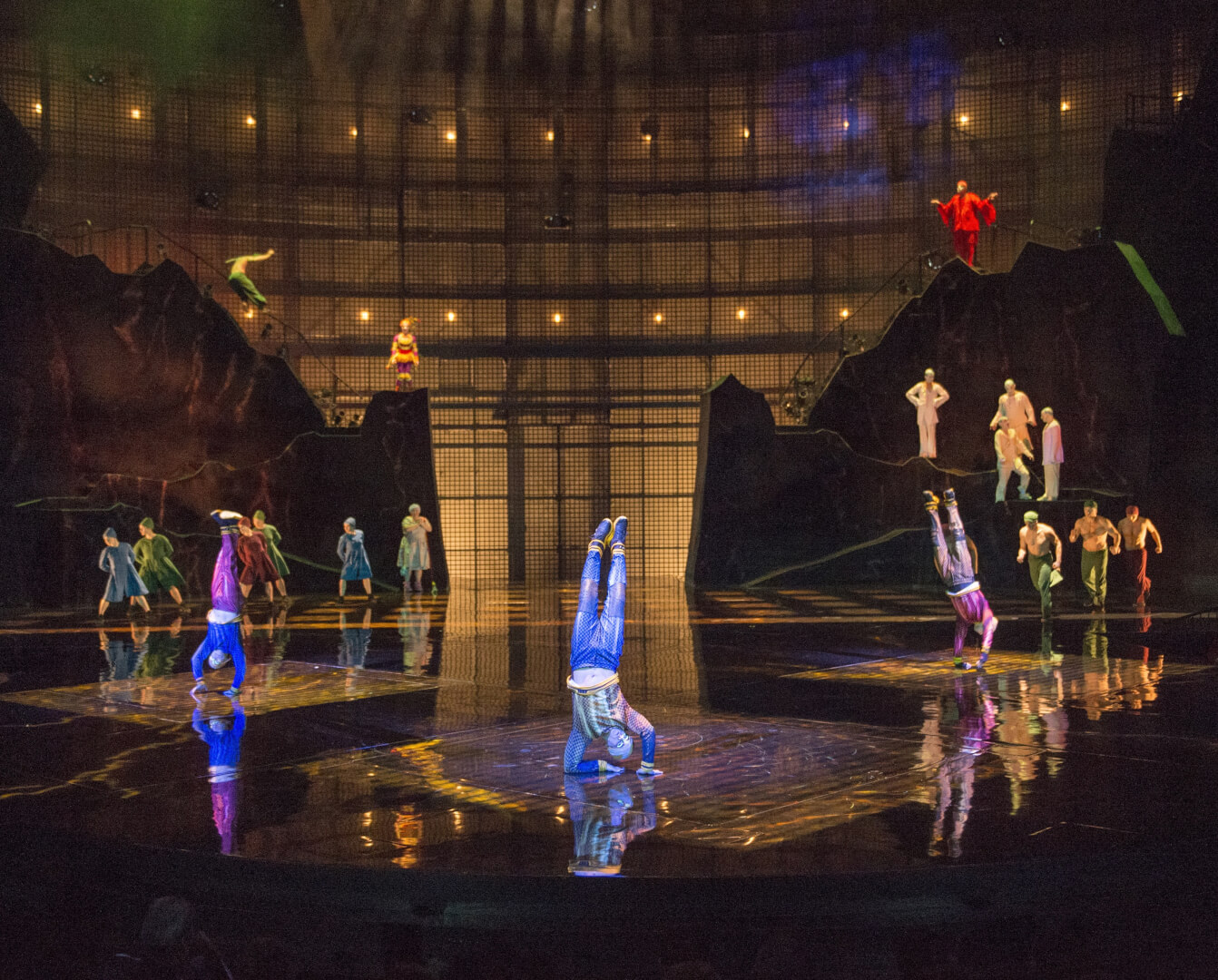 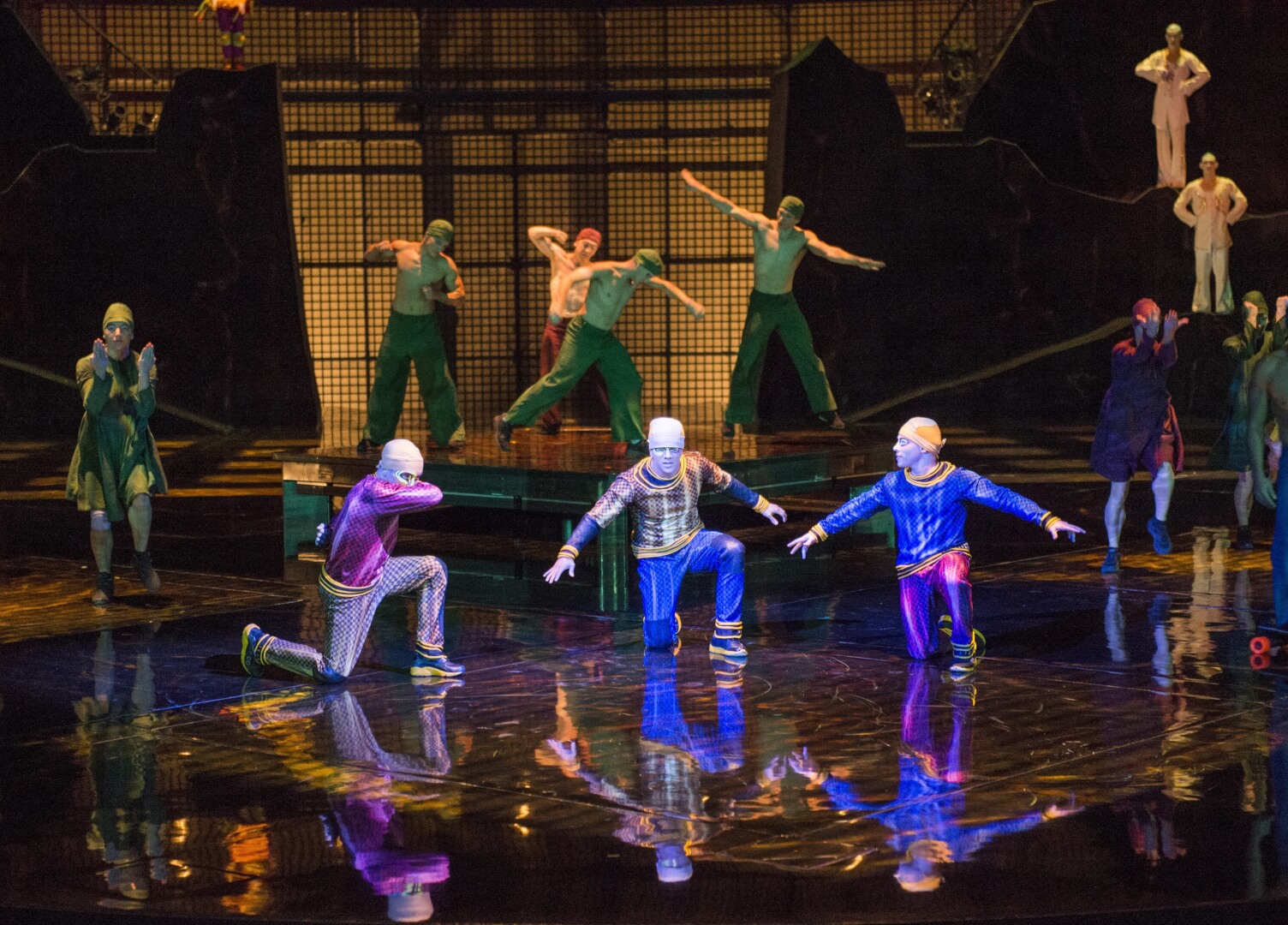 For Cirque du Soleil, having a resident show running for 17 years naturally requires the dynamic to change, stay fresh, and to appeal to new audiences. It’s a logical course of business and a move that harmoniously fits in with reimagining of Downtown Disney into Disney Springs.

This also ties in with a promotion Morimoto Asia is running through April 30th 2016, where guests attending La Nouba can take a 5 minute walk and visit the new luxurious Pan-Asian restaurant for a special deal.  Guests purchasing a beverage (alcoholic or non-alcoholic) off the menu will be treated to a complimentary four-piece California Roll or Vegetable Roll just by showing their ticket stubs. Its just another way for two powerhouse offerings at Disney Springs to combine their artistic talents and encourage guests to discover that the extraordinary is what they each do best.

Not always seen, the detail in the new costumes deserves is exquisite and ornate and tells its own story of passion that the costume designers put in. Nothing was overlooked with the inclusion of these new acts. 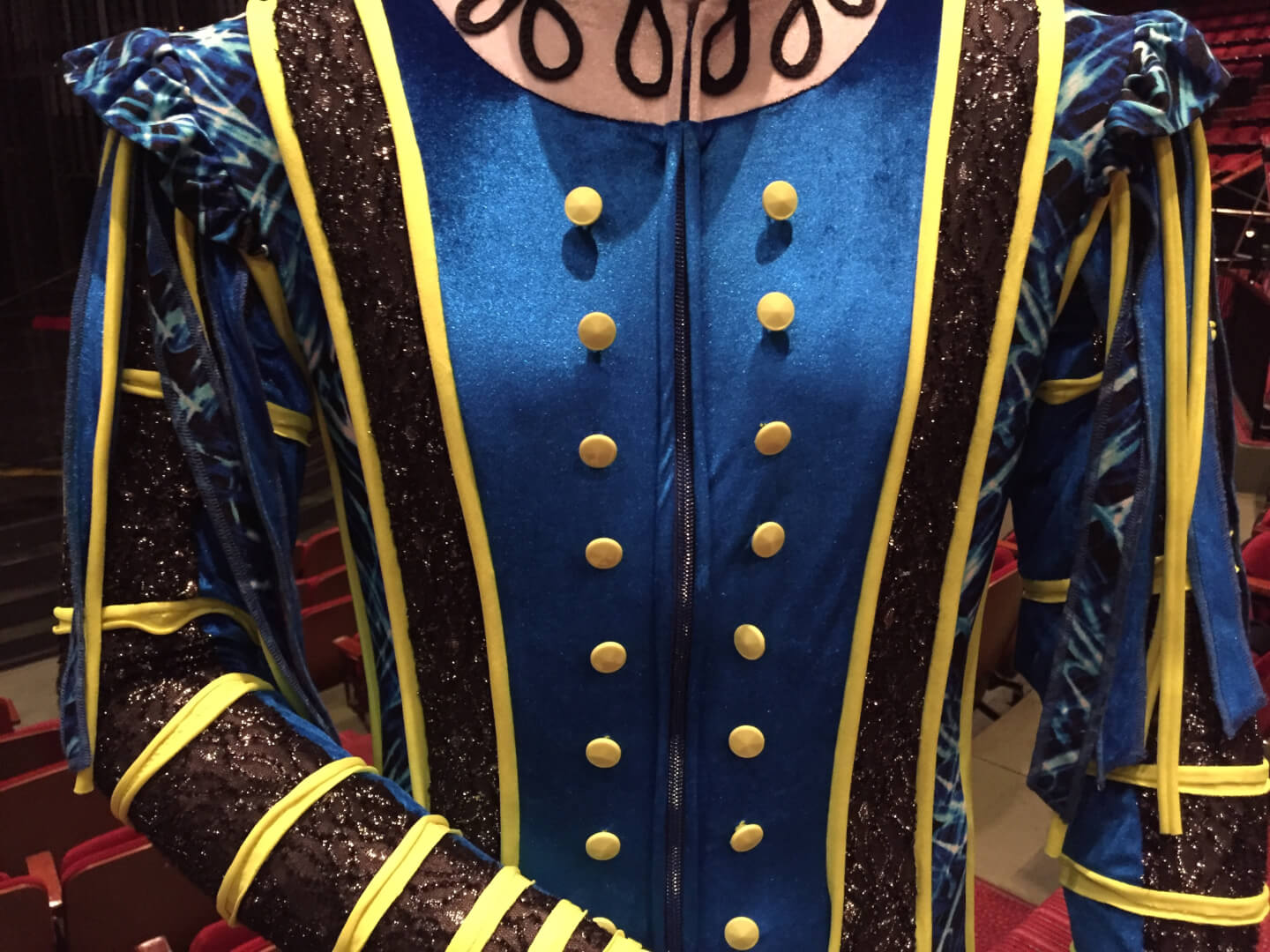 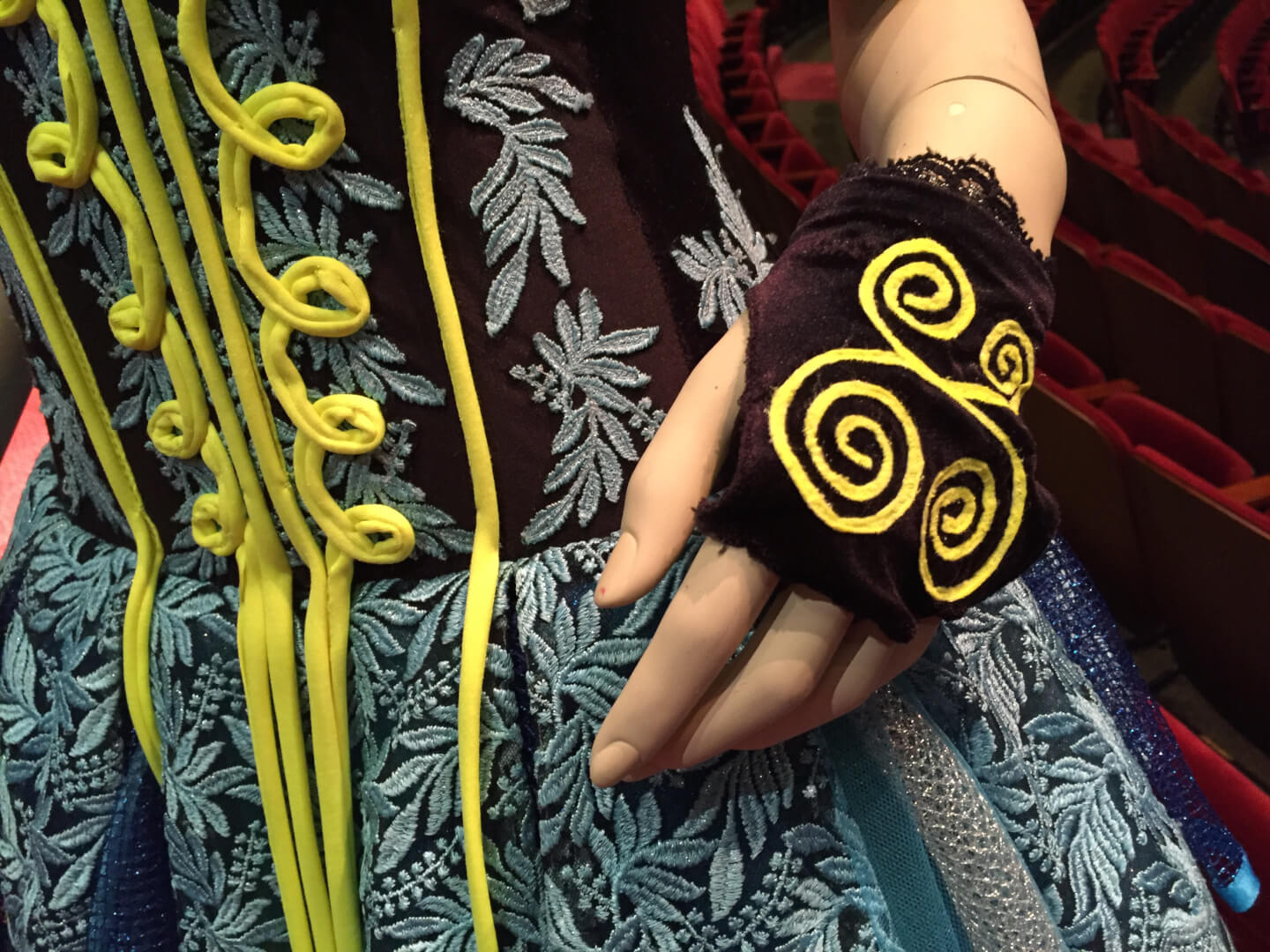 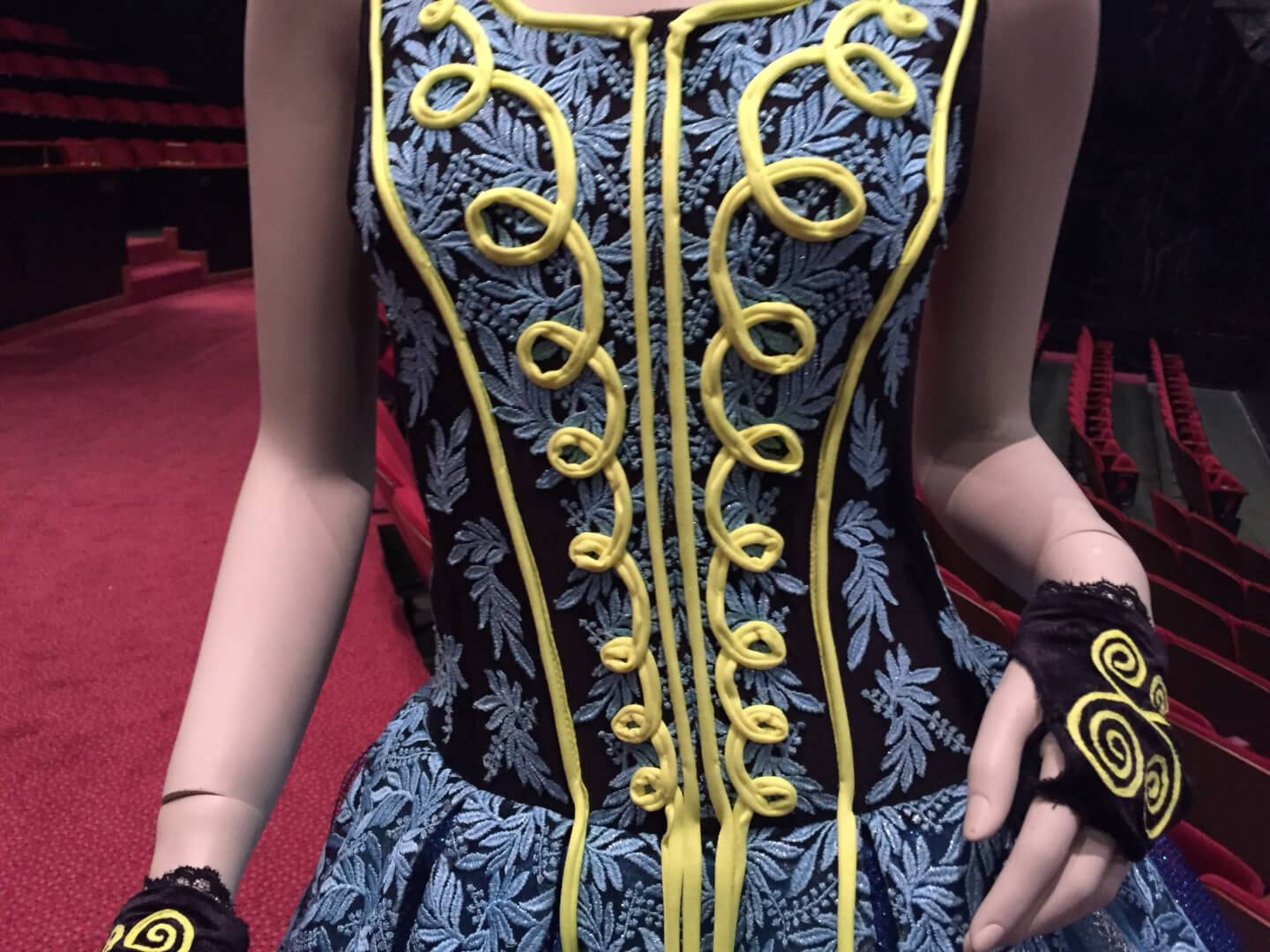 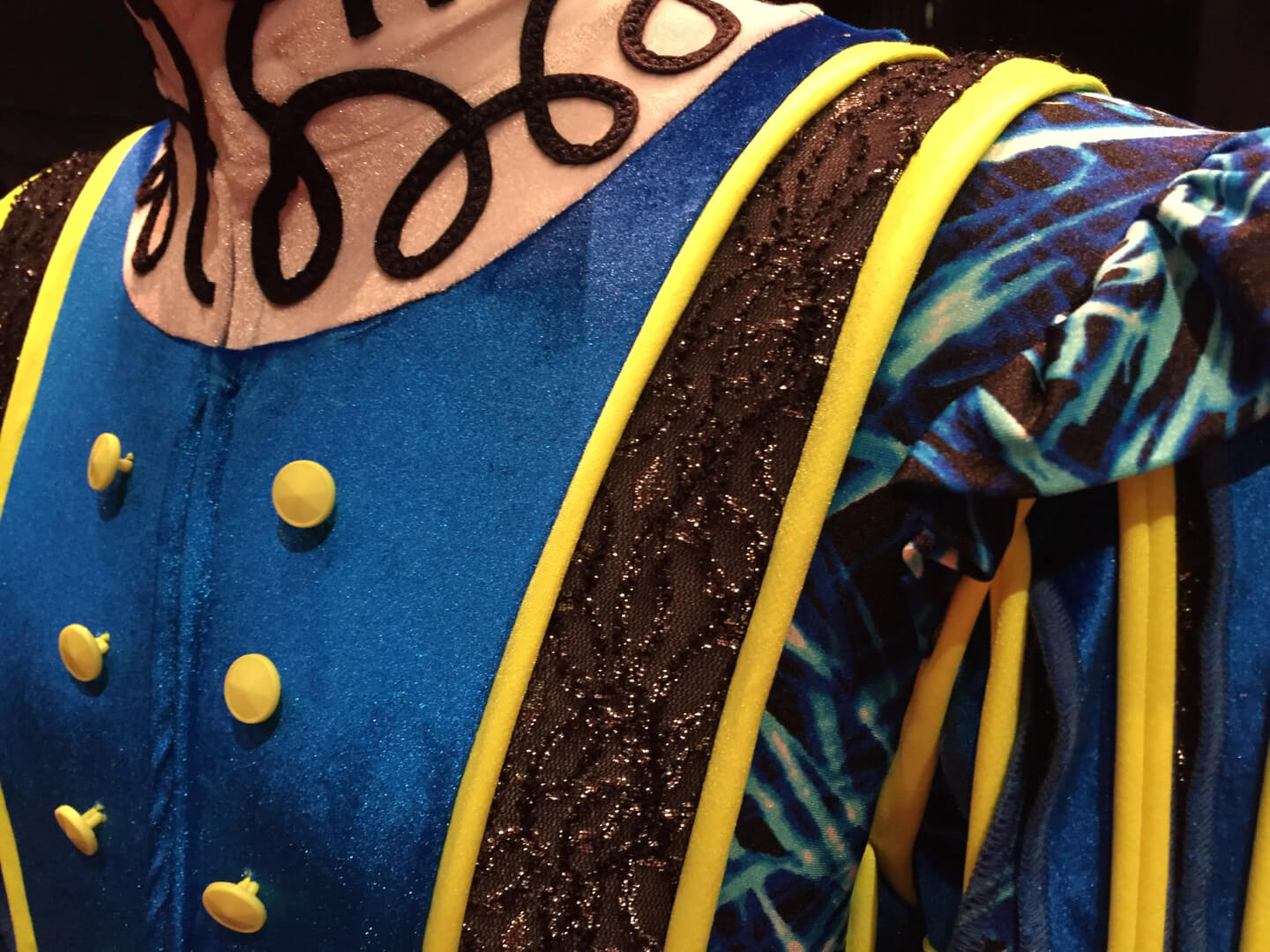 Audience members will also have the opportunity to witness a true life love story unfold high above the stage with the aerial bamboo artists, a husband and wife duo both on and off stage. Both of the performers come from Russia with an act that originated in China using actual bamboo rods, but in modern day utilizes a steel rod. You’ll see a perfection of body control as these two dance and twirl in mid air as Alexander supports his wife Ekaterina while he’s balancing himself upside down for nearly the entire act. You’ll watch as she spins faster than your eyes can contain, as she’s being held during the spins from an apparatus her husband holds between his teeth; no safety wires here. The audience becomes still, your breath is held, and this mid air romance is quite possibly the most beautiful part of the entire show. 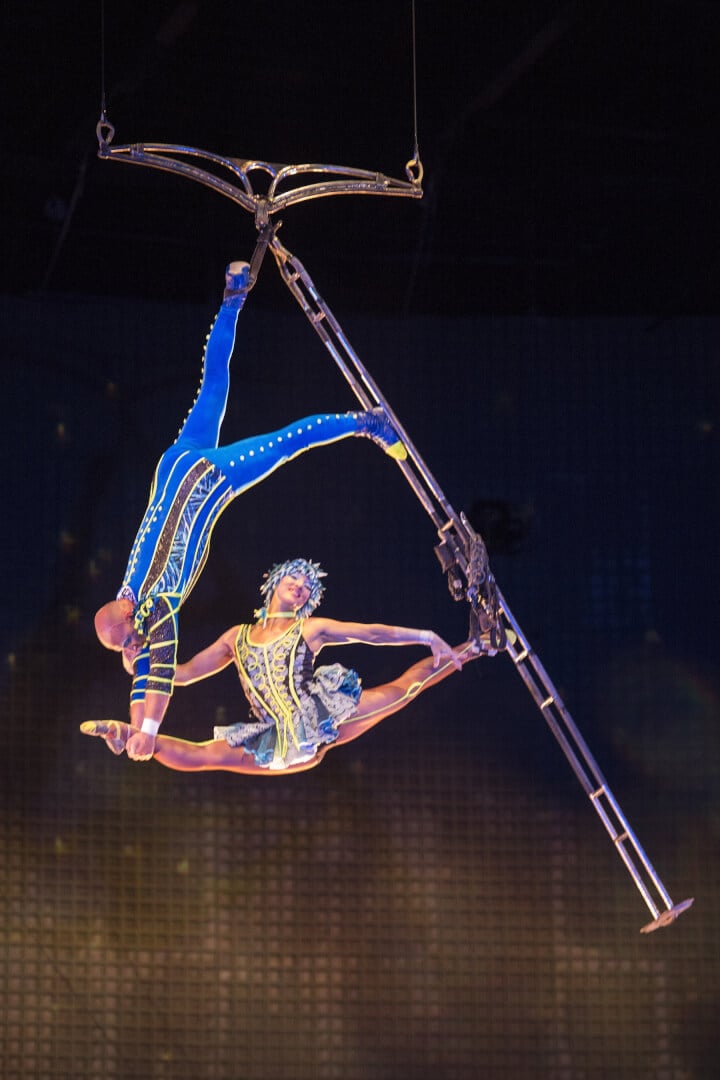 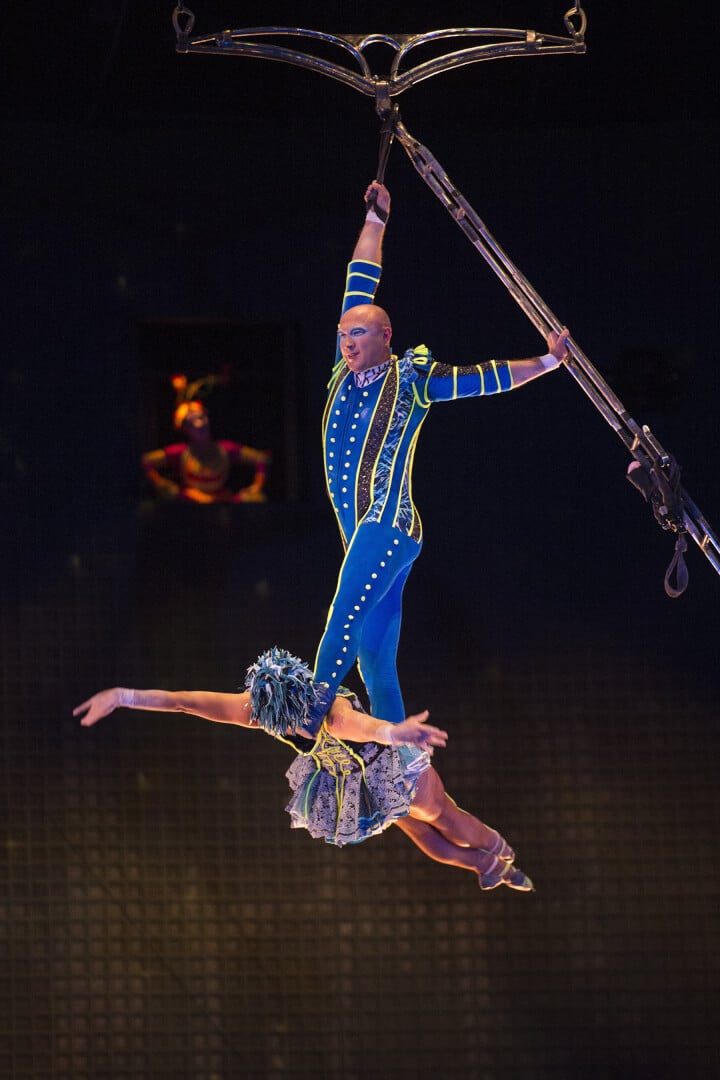 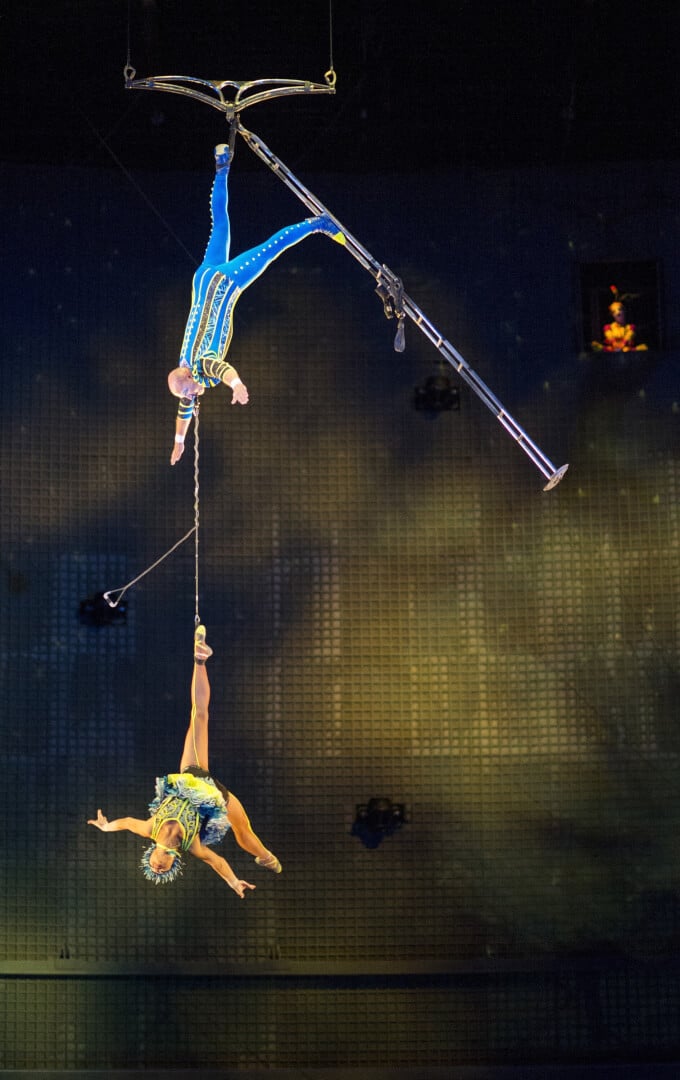 Even though a few favorite acts have come and gone, the beauty of this show is that it keeps evolving into something more beautiful and artistic than it ever was before. It may hold the same title, but the performances the audience witnesses are visually mind-blowing and just as captivating to even the most seasoned returning guests. You’ll never get the same experience, because each time there’s a new mystery to unfold as you wrap your mind around the abilities and agility the performers display. What you see is real life, with real performers, who have devoted their lives to perform in ways that seem impossible for the human body to achieve. But this is La Nouba by Cirque du Soleil, where make believe becomes an exhilarating reality you genuinely must see to believe.

For tickets and pricing, be sure to visit www.cirquedusoleil.com/la-nouba and reserve your spot to experience a world of artistry and acrobatics that defy the realms our minds can only imagine.