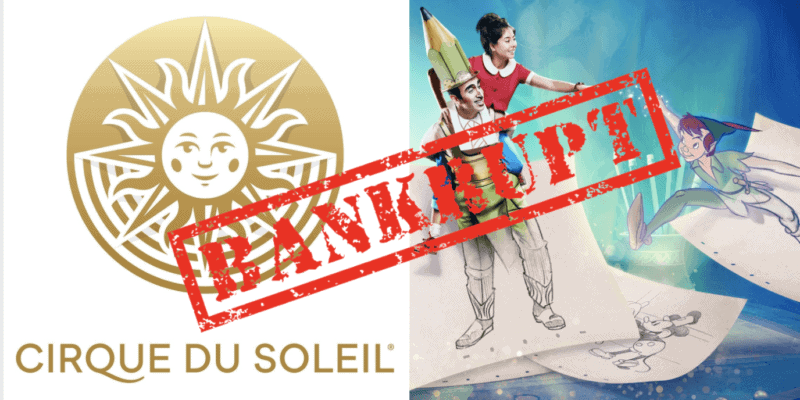 Scott Gustin’s Tweet includes a link to a Review Journal article that further outlines the current status of Cirque du Soleil. The live show company was forced to halt all of their performances, including six permanent residences, such as the popular O show at the Bellagio, on the Las Vegas strip and traveling tours, amid the pandemic.

The Review Journal shared information from Cirque du Soleil’s official bankruptcy announcement, including details about the potential sale of the company, which would allow it to rebuild post-pandemic:

The purchase agreement sets the floor, or minimum acceptable bid, for an auction of the company under the court’s supervision pursuant to the SISP (Sale and Investor Solicitation Process), which is designed to achieve the highest value available or otherwise best offer for the company and its stakeholders.

In other words, Cirque du Soleil will be available at a reduced, undisclosed price. Current potential buyers include “a consortium led by company co-founder Guy Laliberte, and another from the Canadian communications conglomerate Quebecor.”

It is expected that it will take months, probably into the fall, for Cirque du Soleil’s new ownership to be determined and finalized.

“The robust commitment from the sponsors — which includes additional funds to support our impacted employees, contractors and critical partners, all of whom are important to Cirque’s return — reflects our mutual belief in the power and long-term potential of our brand. I look forward to rebuilding our operations and coming together to once again create the magical spectacle that is Cirque du Soleil for our millions of fans worldwide.”

What does this mean for Cirque du Soleil at Disney Springs?

While neither the Walt Disney Company nor Cirque du Soleil have made an official announcement regarding the future of the permanent Drawn to Life show, which has a new Cirque du Soleil theater in the Disney Springs West Side area, it is safe to assume that performances will not begin until after Cirque du Soleil’s bankruptcy proceedings have finished and new ownership is established. However, we still await more information.

The Drawn to Life Cirque du Soleil production was slated to begin preliminary performances just after the Disney World theme park complex’s temporary closure began. Other Disney Springs establishments began their phased reopening on May 20, but Cirque du Soleil was not included for reasons that are now apparent.

The official description of Drawn to Life reads:

Set your imagination in motion with Drawn to Life-a love letter to the art of Disney animation.

In this first-ever collaboration between Cirque du Soleil, Walt Disney Animation Studios and Walt Disney Imagineering, journey into a world where an animator‘s desk becomes the stage and drawings come alive. The show is a celebration of life, accentuated by the delightful, mesmerizing movements of Cirque du Soleil‘s acrobatic mastery.

Stay tuned to Inside the Magic for additional details about the future of Drawn to Life amid Cirque du Soleil’s bankruptcy.

What are your thoughts on when Drawn to Life at Disney Springs might start running?