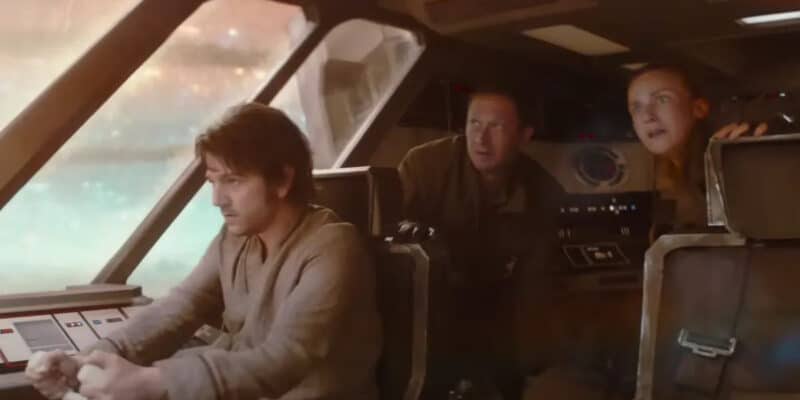 Tony Gilroy has done a lot with Star Wars. He introduced a slew of common-day swear words into the universe and brought a new level of realism that fans either hate or love.

For instance, when Adri Arjona’s Bix Caleen visits Timm earlier in the season, no one expected to see Bix wake up after implied sex had happened. Star Wars has boundaries, and Andor rode the fine line between what could and couldn’t be shown.

While Diego Luna’s Cassian Andor is fantastic with his acting performance, some fans aren’t amused with some of the locations he visits, as his first scene is in a brothel. With Star Wars always being linked to children, some fans wish it would stay that way. Andor, on the other hand, doesn’t seem to care if children don’t watch the series.

Disney+ already made it clear that having more mature content is fine for the platform because they can restrict the content viewers see based on what they have access to. This allows families to enjoy Disney+ without worrying that their child will end up watching something they shouldn’t see and blame the House of Mouse.

Yet, Andor has the same rating as The Mandalorian, a beloved Star Wars series that is great for all audiences. Even though the new Star Wars series might be pushing the boundaries of what fans would expect, it’s not making leaps and bounds to be considered mature content.

Gilroy had the opportunity to sit down with Variety and talks about challenging the limits of what could be done in Star Wars. Even though the showrunner loves to push the limits, Gilroy understood that Star Wars had standards that couldn’t be crossed:

“There’s things we can’t do — I mean, we have standards and practices. We can’t have sex. There’s a level of violence that we can’t have. There’s limits on what we can do. We can’t do some things that we would want to do. But within that, we’re cool.”

Additionally, the series included a same-sex relationship between two rebels, Vel and Cinta. Gilroy explains that while some series might place a dramatic focus on it, Disney had no problem with this inclusion in the series because it was more of a “gesture” rather than a central part of the series:

“Man, really, it was a gesture. There wasn’t any controversy at all. From the very beginning, no one ever said we couldn’t do it and no one ever said, “Oh, God, please do it.” Our whole attitude is it’s just another relationship.”

Gilroy even continues by saying that Vel and Cinta’s relationship is actually less complicated than a lot of other people’s relationships in the series, which was interesting for the series overall:

“I mean, it’s one of the least complicated relationships in the show, if you consider Dedra and Syril, or Syril and Eedy, or Perrin and Mon Mothma, their marriage. We did not want it to be performative in any way.”

It does make sense that Star Wars has standards and doesn’t want to be seen as a bloody series or have men do horrific actions onscreen. Sex is also not a surprise, but definitely still implicitly in the story, which did create a small controversy for some fans. Gilroy mentions that he wanted to do certain things and couldn’t, leaving room for fans to wonder what Andor could’ve been if Disney didn’t enforce such rigid boundaries.

In the end, Andor’s TV rating didn’t budge from the usual rating fans would expect for a Star Wars series, meaning that the boundaries for what Star Wars can and can’t do might imply that anything beyond Andor is probably off-limits for Star Wars storytelling in live-action.

Do you wish Star Wars would include more mature content? Let us know what you think!