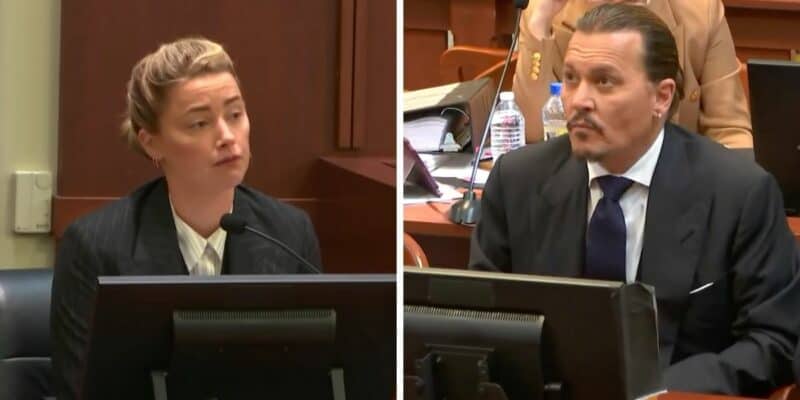 The Aquaman (2018) star has remained mostly silent since the trial, even deleting Twitter after ex-boyfriend Elon Musk took over. The public has not. Just days after the verdict, experts expressed concern that it would delegitimize stories from domestic abuse victims. One said that “hundreds” of survivors had pulled testimony, fearing defamation suits.

On Wednesday, NBC News broke one of the biggest stories involving the trial between Ms. Heard and Mr. Depp since the verdict was announced. Over 130 feminist organizations and individuals signed an open letter supporting Heard, which members of the public can now sign via e-mail. It reads:

Five months ago, the verdict in the defamation trial between Johnny Depp and Amber Heard deeply concerned many professionals in the fields of intimate partner and sexual violence.

As many, including A.O. Scott for The New York Times have noted, the vilification of Ms. Heard and ongoing online harassment of her and those who have voiced support for her have been unprecedented in both vitriol and scale.

Much of this harassment was fueled by disinformation, misogyny, biphobia, and a monetized social media environment where a woman’s allegations of domestic violence and sexual assault were mocked for entertainment. The same disinformation and victim-blaming tropes are now being used against others who have alleged abuse.

In our opinion, the Depp v. Heard verdict and continued discourse around it indicate a fundamental misunderstanding of intimate partner and sexual violence and how survivors respond to it. The damaging consequences of the spread of this misinformation are incalculable. We have grave concerns about the rising misuse of defamation suits to threaten and silence survivors.

We condemn the public shaming of Amber Heard and join in support of her. We support the ability of all to report intimate partner and sexual violence free of harassment and intimidation.

Public signatures on the letter include the National Organization for Women, the National Women’s Law Center, Equality Now, the Women’s March Foundation, and notable activists such as Gloria Steinem.

An anonymous source told NBC News that many individuals who signed the letter were previously afraid to publicly support the Aquaman and the Lost Kingdom (2023) star  “because they saw what was happening to the few who had.”

Indeed, a July study from Bot Sentinel, an organization that works to detect misinformation and harassment on social media, found that Depp fans perpetrated some of the worst harassment and Twitter cyberbullying the organization has ever seen.

Will you be signing this letter supporting Amber Heard?