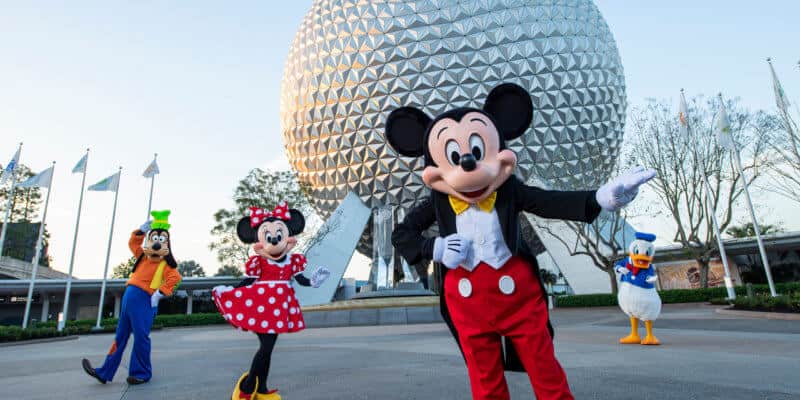 Everyone knows that while the Walt Disney World Resort offers some truly incredible rides and attractions, a lot of fun can be had meeting the mouse himself. From Mickey, Minnie, Goofy, Donald, and Pluto, Guests can encounter all their favorite Disney characters.

Characters aren’t just limited to classic Disney cartoons, though, as Guests can head over to Star Wars: Galaxy’s Edge to meet Rey, Chewbacca, and Kylo Ren as well.

Of course, these meet-and-greet experiences wouldn’t be possible without our fantastic Cast Members.

Unfortunately, reports suggest that several meet and greets have been cut entirely from Walt Disney World due to labor shortages among Cast Members.

The specific areas and characters that will be affected include Minnie Mouse at Town Square Theater at Magic Kingdom and Minnie Mouse at the EPCOT International Gateway. Donald, Daisy, and Max will all be removed from Disney’s Hollywood Studios. At the time of publishing this article, we are not sure how long this will last. These experiences will reportedly be cut starting Sunday, October 23, 2022.

Prior to the pandemic, Guests visiting the Magic Kingdom, EPCOT, Hollywood Studios, and Animal Kingdom at Walt Disney World were able to meet characters around the Parks, including Princesses such as Jasmine and Merida as well as friends of the Fab 5 such as Minnie, Daisy, Donald, and Goofy. Due to the pandemic, these offerings disappeared, but the good news is Disney has been slowly bringing them back.