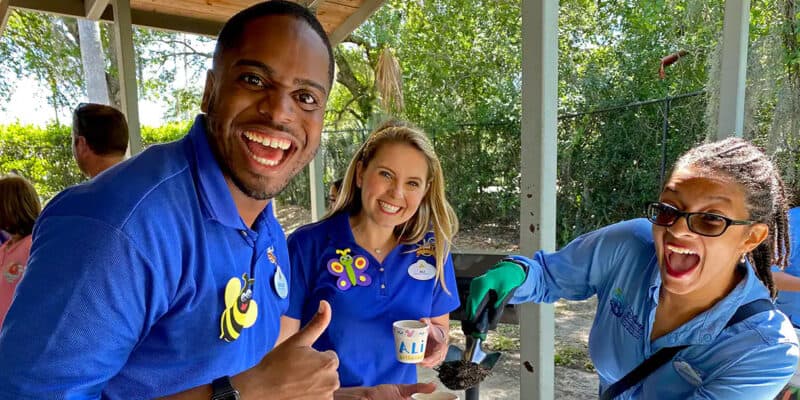 While the Disney Parks were closed, Disney Cast Members did their best to comfort and entertain Guests of all ages. Now, we’re learning more about the work it took to keep Guests safe.

Thousands of Cast Members stayed onsite during the storm, according to Disney. More than 65 Cast Members worked together to prepare more than 40,000 meal kits for Walt Disney World Resort hotel Guests.

“Some animals prefer to be outside where they can see their surroundings. Antelopes, for example, can spook easily in a storm,” one Cast Member said. “A lot of animals can just hunker down out on the savanna and do really well. We’ve studied their behavior over the years to know what’s best for them.”

Disney said that Cast Members of all seniority levels came together to keep Guests and the Disney Parks safe. The head of custodial at Disney’s Animal Kingdom was on the ground raking up debris just like the Cast Members she manages.

Daniel Auster, a concierge at Disney’s Grand Floridian Resort and Spa, did the same. An image of Auster sweeping debris went viral on an internal Disney communications channel, starting a “broom challenge” among other Cast Members to clean up the Parks and Resorts.

“People were being so positive. The ways that we were able to create magic for all of our Guests in such a difficult and stressful time are things that you don’t see anywhere else,” Auster said.

Thank you to all Disney Cast Members who made magic for Guests during Hurricane Ian!

Comments Off on Less Than 100 Cast Members Prepared More Than 40,000 Hurricane Meal Kits For Guests