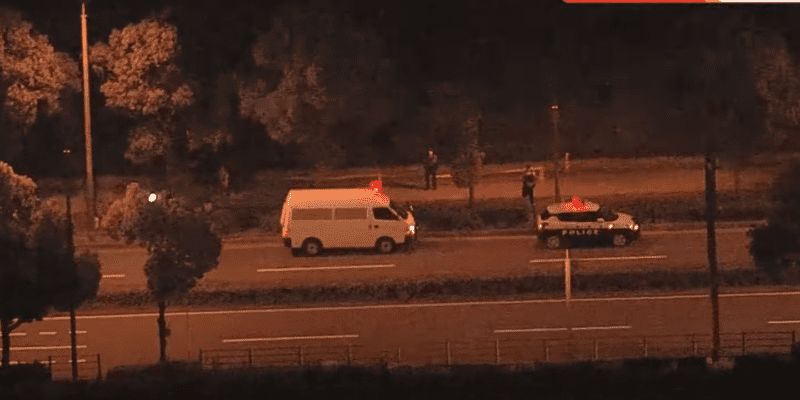 A portion of what appears to be human skull bone and teeth were discovered by a Universal Studios staff member earlier today, within shrubbery along a road bordering a parking lot on the property. Police are currently investigating this troubling report.

Yahoo News Japan reports that the bone found appeared to be a “portion of an upper jaw and teeth”.

The origin of the bone and how it got there is currently unknown. However, according to TBS’ report on the incident:

(translated) No clothes have been found, and the age and gender are unknown, but it is believed that it is not an infant due to its size.

TBS News Dig by the Japan News Network (JNN) additionally reports that these are not the only bones found in the area:

(translated) Several other “bone-like objects” are scattered around the area, and the police are investigating in detail.

Despite these troubling details, many locals following this breaking news have hopes that this could be a prop utilized for the Universal Studios Japan iteration of the Halloween Horror Nights event, as user @youki_1124 shares on Twitter:

However, the fact that it is not an intact skull prop lends credence to the idea that the portion of bone that was found appeared worrying enough to USJ staff — enough to report it to the local authorities, instead of passing it off as a Halloween prank, costume piece, or seasonal decoration.

Currently, police have cordoned off the area and are conducting a full investigation to determine the origin of what could be real human remains on the edge of Universal Studios Japan property.

Coverage of the incident by FNN (in Japanese) may be viewed here:

Several internet users have instead reacted to this news with macabre humor, such as this tweet by @5fxTamY7VnVonKE, who posted a single grainy and somewhat creepy Mickey Mouse image. This “darkly humorous” post implies that this incident was caused by Universal Studios’ notorious rival, The Walt Disney Company and their associated theme parks of Tokyo Disneyland and Tokyo DisneySea, within the Tokyo Disney Resort that also reside in Japan.

Inside The Magic will provide further coverage on this situation, when more details surface.

What do you think of this troubling news? Share your thoughts in the comments below.

Popular intellectual properties at these parks are Jurassic Park and modern spinoff Jurassic World, the Wizarding World of Harry Potter, Ghostbusters, DreamWorks’ Shrek, Back to the Future, JAWS and have had even anime and cartoon mascots feature in their parks, like Attack on Titan and Hello Kitty, as well as video game properties like Nintendo’s Mario and Pokemon franchises, like at wildly popular Super Nintendo World in Universal Studios Japan.