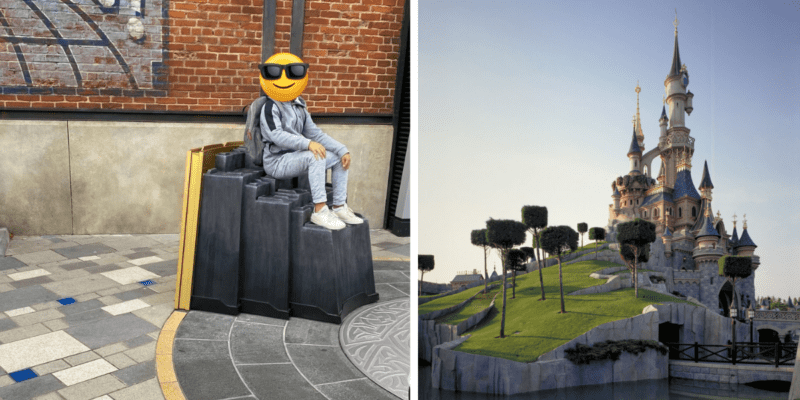 Avengers Campus opened earlier this year in Walt Disney Studios Park at Disneyland Paris, full of new attractions, characters, and food options for Guests to try. Marvel Studios fans have enjoyed the newest land, inspired by an area of the same name in Disney California Adventure at Disneyland Resort.

When it opened, Avengers Campus also included a sword-in-the-stone style experience inspired by the Marvel Cinematic Universe! Instead of pulling the sword from a stone like at Magic Kingdom or Disneyland, Guests could pull out Mjolnir, Thor’s hammer, from a pedestal. Unfortunately, the pedestal was damaged by Guests climbing on it and quickly removed just months after Avengers Campus opened.

On Wednesday, a refreshed pedestal was returned to Avengers Campus. While MCU fans were thrilled at the opportunity to show their strength again, other Guests quickly ruined the experience for others.

Twitter user @dlp_guests_show shared a photo of a Guest inappropriately sitting on the pedestal:

Though the pedestal doesn’t appear damaged yet, it wasn’t built to sustain weight and could be taken away again if too many Guests misuse it. @ABarbegrise voiced similar concerns:

OMG but what are the police doing? It’s true that the level design of the place doesn’t lend itself to it… And then… If it’s damaged, I imagine that Disney will never be able to repair it. the costs are so exorbitant these days. Shame, bad guests! [Translated]

Please follow the Guest Code of Conduct when visiting the Disney Parks. Ask a Disney Cast Member if you’re unsure about the Park’s rules.